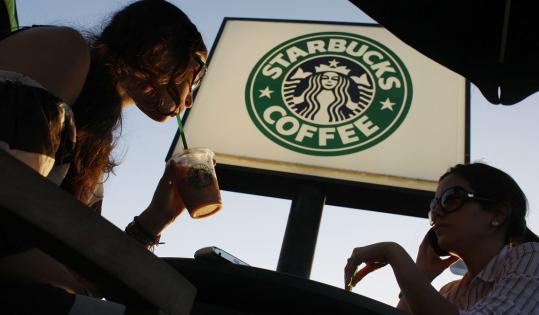 Starbucks has said it might lay off as many as 6,700 employees this year and plans to close 300 stores in a cost-cutting effort. (Joe Raedle/Getty Images)
Associated Press / February 12, 2009
Text size – +

NEW YORK - Starbucks Corp. told about 1,370 employees yesterday their jobs will be cut as the gourmet coffee company sheds costs by closing stores and laying off workers.

About 500 nonstore employees in the United States and Canada, including 300 at the Seattle headquarters, and 870 assistant store managers learned their jobs were cut, the company said.

Starbucks said it is offering some of the affected employees other jobs. Those who leave will be offered severance pay, benefits, and help finding a job.

In an e-mail to all employees, Chet Kuchinad, an executive vice president, said the layoffs are necessary given the economy and "critical to ensuring we have a sustainable and successful business going forward."

Employees not being laid off will meet with leaders to map out Starbucks' future, he said.

The layoffs come after the company in January posted fiscal first quarter results, and said it would cut up to 6,700 jobs to pare costs by closing more stores.

For the quarter ended Dec. 28, US same-store sales - or sales at stores open at least a year - dropped 10 percent. The drop was steeper than most Wall Street analysts expected.

The company said then that, in all, it would trim about 700 nonstore employees and up to 6,000 store employees, including baristas and store managers as stores close.

Starbucks plans to close 300 stores in the United States and overseas this year in addition to the more than 600 underperforming US stores it began closing last summer.