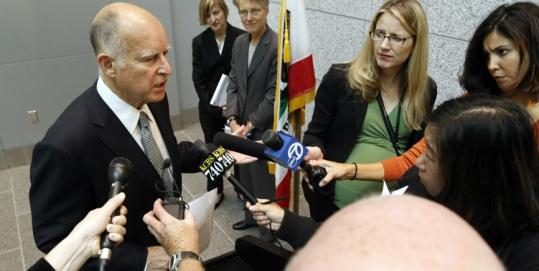 The accord, which includes relocation assistance for homeowners whose homes have been or are about to be foreclosed, will affect about 400,000 customers and resolves lawsuits filed by attorneys general in Illinois, California, Connecticut, and Florida and complaints from seven other states, according to attorneys general Lisa Madigan of Illinois and Edmund "Jerry" Brown of California.

Madigan and Brown sued the Calabasas, Calif.-based company on June 25, the same day Bank of America shareholders approved the acquisition. At that point, Countrywide had lost $2.5 billion in the year because of rising defaults and foreclosures. The package made public Sunday will likely become the largest predatory-lending settlement in history, Brown said.

The cases, initially filed in state courts in Chicago and Los Angeles, accused the lender of using deceptive practices, including low introductory or "teaser" rates, to entice borrowers to take loans for which payments grew to unaffordable amounts.

Countrywide agreed not to initiate a new foreclosure, or to advance a pending foreclosure against consumers who are being considered for assistance, Blumenthal said.