To keep your car from being stolen, let thieves know you have protection 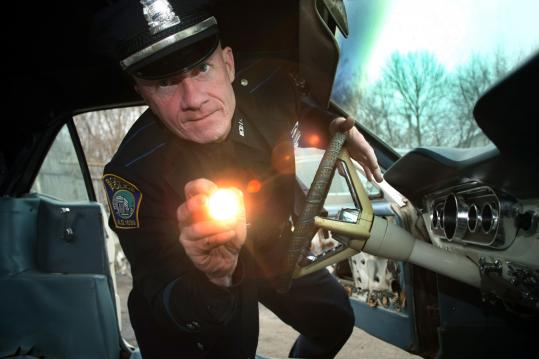 Boston police Officer Michael Santry has tracked down stolen cars all over the city in his 18 years as an auto-theft investigator. But he'd rather see car owners take a few steps to avoid all the trouble and expense.

"The biggest thing is prevention," he said. "The police department doesn't want cars to get stolen."

Nationally, auto theft has dropped in the past four years. Still, according to the most recent figures available from the National Insurance Crime Bureau, a car was stolen every 26 seconds in 2006. And that ends up costing everybody, Santry said, when it gets passed along as higher insurance premiums.

But take note: Thieves aren't just looking to snag hot-rod sports cars. In fact, 1995 Honda Civics were the most stolen car nationwide in 2006. And, Santry noted, thieves can steal any car. "If they want your car," he said, "they'll get it."

So why not make it harder? Santry said owners should add antitheft devices to their vehicles to deter thieves. He recommends a three-prong approach: car alarms with a blinking light, visible steering wheel locks, and hidden ignition switches that prevent the car from starting. Some companies offer tracking devices that come into play once a car is stolen, but Santry prefers methods that stop the car from disappearing in the first place.

Fortunately, he said, many auto manufacturers are equipping new cars with built-in alarms or antitheft devices. He credits those changes with falling theft rates.

But for those who still drive an older model, he said spending a couple hundred dollars on the front end could prevent much bigger bills and headaches later.

While some car alarm systems can cost $1,000, Santry said drivers can get a decent alarm system for $99, a steering wheel or ignition lock for as little as $15, and an ignition kill switch wired to a car's starter for under $100.

Car alarms come in all shapes and prices ranges. Some use a heart beat sensor to remotely let the owner know if someone is inside the car. Some feature smart keys that contain a code; without it, the engine locks. And some flash lights and horns, instead of the wailing noise that many people have learned to ignore. Others have a trigger that activates when the vehicle tilts if a tow truck tries to cart it away.

But Santry said one important factor is an LED light that blinks on the dash, letting the potential thief know that the car is alarmed.

Finally, he said, add a starter switch that prevents the engine from turning over until the driver touches the switch.

n Park smart. Choose well-lit areas and turn your tires into the curb to make it harder for a tow truck to steal the vehicle. Lock car doors and remove any visible valuables. Outfit the vehicle with warning devices such as an audible car alarm and a steering wheel lock.

n Immobilize the car. Install a kill switch that inhibits the flow of electricity to the engine until the driver touches a hidden switch. Or consider a smart key system that will only let the vehicle start if the driver uses the special key. Other car alarm systems may use other methods to disable the fuel or electricity.

n Have a tip on a stolen car? Tipsters who provide information that leads to an arrest or the location of a chop shop that dismantles stolen cars may be eligible for rewards of up to $10,000. Call the Governor's Auto Theft Strike Force hotline: 800-HOT-AUTO.