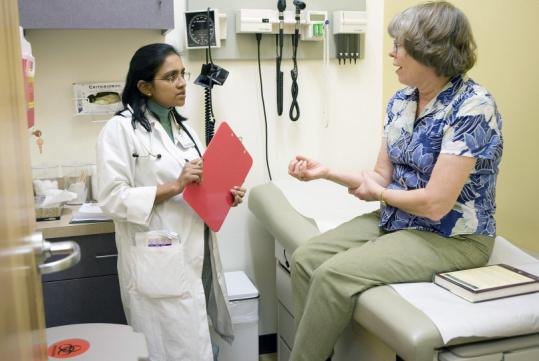 NEW YORK - Wal-Mart Stores Inc. is taking a more active role in the medical clinics that operate in its stores, saying yesterday that they will be run on a cobranded basis with a more standardized format under the name "The Clinic at Wal-Mart."

The change comes a few weeks after CheckUps, which had leased space in the retailer's stores, abruptly closed the 23 walk-in medical clinics it was operating in four Southern states.

John Agwunobi, Wal-Mart's president of health and wellness, said the decision was not tied to the recent issue with CheckUps, but the new arrangement could help avoid similar situations in the future.

The clinics in Wal-Mart stores offer basic preventive and health services, like cholesterol screenings or treatment for sore throats.

Wal-Mart had been leasing space in its stores to a variety of independent operators who were then responsible for operating the clinics.

But under the new approach, Wal-Mart is signing cobranded agreements with local hospitals and medical groups to try to standardize the customer experience in the clinics.

For instance, each clinic will operate seven days a week and feature a consistent design. They will also have prominent signs outlining the prices for services and treatments.

Last year, Wal-Mart said it could open 2,000 clinics nationwide in five to seven years, and Agwunobi said Wal-Mart is still committed to that figure.