Total possible job cuts: 900 positions, including 403 of the approximately 6,500 teachers

At a School Committee meeting on Feb. 4, 2009, the Boston school district announced a preliminary budget plan that includes eliminating at least 900 jobs, according to the Globe. In addition, the district is exploring the option of closing additional schools.

Superintendent Carol R. Johnson told the Globe after the meeting that the recommendations were preliminary and that adjustments would be made based on public input. 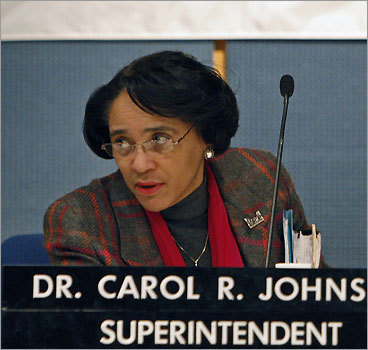