The Celtics picked Cooper (shown here at right, with Red Auerbach) in the second round of the 1950 draft, opening the door for two additional black NBA players that season and countless others since.

“I'm convinced that no NBA team would have made the move on blacks in 1950 if the Celtics hadn't drafted me early,” he told Celtics Insider, the team’s internal newsletter. Cooper amassed 1,850 points during his four years with the Celtics. 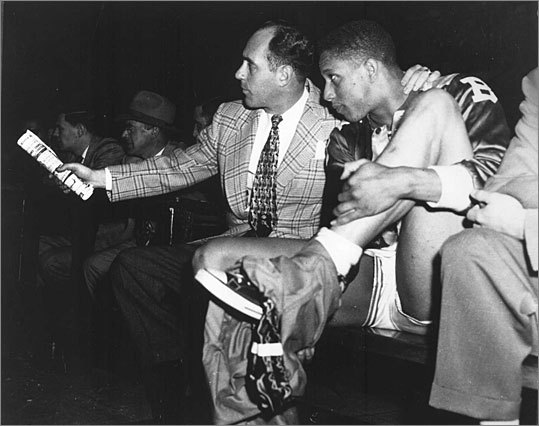