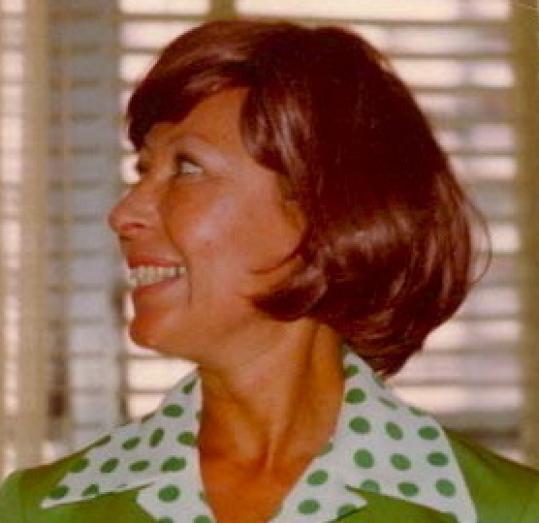 NEW YORK - Ruth Roberts, a songwriter best known for her cheerful and durable baseball anthem “Meet the Mets,’’ died last Thursday night at her home in Rye Brook, N.Y. She was 84.

The cause was lung cancer, said her brother, Sam Roberts.

Among the many songs written by Ms. Roberts and various collaborators were “First Thing Ev’ry Morning (and the Last Thing Ev’ry Night),’’ written with and recorded by Jimmy Dean, and “Mailman, Bring Me No More Blues,’’ originally done by Buddy Holly and later recorded by the Beatles in 1969 at a session for their album “Let It Be,’’ although their version was not released until 1996.

But Ms. Roberts is probably best remembered for “Meet the Mets,’’ which beat 18 competitors to be chosen as the New York Mets’ official song in late 1961, before the team ever played a game, and was introduced to the public in 1963.

Written with her longtime collaborator Bill Katz (she provided the music and worked with him on the lyrics), “Meet the Mets’’ was described last year in The New York Times as endearing by Bob Thompson, founder of the Baseball Music Project.

It has also been described in less charitable terms. In a tongue-in-cheek analysis in The Times in 1963, Leonard Koppett wrote: “There is little in the score of interest to a mid-20th-century audience. The harmony is traditional; no influences of atonality or polytonality can be found.’’

Certainly the upbeat, sing-songy melody of “Meet the Mets’’ is not complex. Neither are the words, which originally began “Meet the Mets, meet the Mets/ Step right up and greet the Mets,’’ and included the assertion - optimistic in the Mets’ early days, when they were the worst team in baseball and unrealistic now that they play in the cavernous Citi Field - that “the Mets are really sockin’ the ball/ Knockin’ those home runs over the wall.’’

The lyrics were largely rewritten in 1984. (Ms. Roberts and Katz were not involved in the rewrite.) The reference to home runs was removed, as were the arguably sexist words that preceded it: “Bring your kiddies, bring your wife/ Guaranteed to have the time of your life.’’ But the insistently high-spirited tune continues to be heard regularly on radio, on television, and at all of the Mets’ home games.

“Meet the Mets’’ was not the first sports-themed song by Ms. Roberts and Katz. Their previous collaborations included “Mr. Touchdown, U.S.A.,’’ “I Love Mickey,’’ recorded by Teresa Brewer and Mickey Mantle in 1956 (Brewer did almost all the singing, with Mantle occasionally interjecting “Mickey who?’’); and “It’s a Beautiful Day for a Ballgame,’’ which was played for many years at home games.