Will Curtis, 93; shared love of nature on Vt. Public Radio 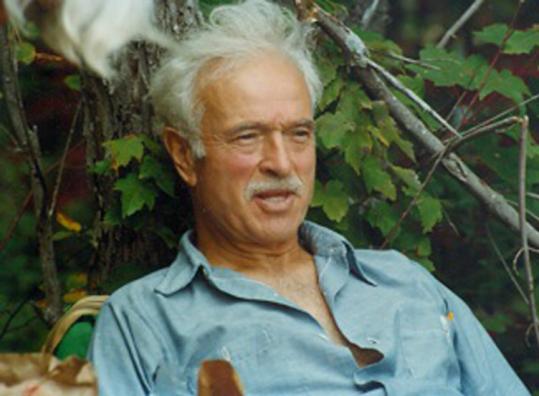 After recording radio ads for his bookshop, Will Curtis found that listeners responded well to his voice.
By Bryan Marquard Globe Staff / May 6, 2011

The voice of Will Curtis was as singular as some topics he chose for “The Nature of Things,’’ his daily three-minute commentary on Vermont Public Radio.

Amid evocations of the state’s ever popular maple syrup and fall foliage, he would slip in a lesson on how to swing a scythe. Listening by satellite, everyone from farmers to urban dwellers thousands of miles away would marvel at how he turned the mechanics of mowing by hand into a kind of plainspoken poetry.

“There’s an easy rhythm to scything, both feet forward, then swing, both feet forward and swing,’’ he told listeners in the early 1980s. “Not many people can use a scythe correctly now. If they try, they swing it like a golf club, slashing at the grass. I guess the scythe has almost come to the end of its useful life.’’

Mr. Curtis, who was determined to keep his own life useful by taking singing lessons and contributing radio commentaries well into his 80s, died in his sleep April 18 at his home in Woodstock, Vt., where he had moved with Jane Curtis, his wife and writing partner, in the late 1990s after selling their farm in neighboring Hartland. He was 93, and his health had declined in the past few years.

Commentaries ranged on subjects from snowshoes to shadbush, lightning bugs to “a short history of all history,’’ and he delivered each in an accent that blended his childhood in Marlborough, Mass., with the inflections of his adoptive Vermont home.

“He didn’t sound like a manufactured persona; he sounded like Will Curtis,’’ Betty Smith, Vermont Public Radio’s first full-time employee, said during the network’s on-air tribute after Mr. Curtis died.

Mr. Curtis and his wife collaborated on many of his radio commentaries or wrote them individually, and they coauthored several books on subjects including Maine’s Monhegan Island and the years President Coolidge lived in Vermont.

They drew much material for his commentary from their voluminous reading, and Mr. Curtis carefully credited each source when he published two collections, “The Nature of Things’’ and “The Second Nature of Things’’ in the 1980s and early 1990s.

A Globe review of the first collection called each commentary “a small epiphany’’ and praised his “wise and folksy pieces on autumn leaves, chimney swifts, bumblebees, and red squirrels.’’

Mr. Curtis also drew inspiration and information for his radio pieces from the couple’s travels around the world and correspondence with listeners.

Fans wrote from seemingly everywhere. A letter from Barrow, Alaska, prompted the couple to pay a visit, and while passing through Ushuaia, in the southern tip of Argentina, Mr. Curtis learned just how recognizable his voice had become.

“He walked into a bank and said something to someone,’’ his wife said, “and the person said, ‘You’re Will Curtis.’ ’’

His longtime friend Franklin S. Billings Jr., a retired federal judge in Woodstock, said that “if you were out in the woods with him, he would find something he thought was intriguing, and he’d have to analyze it and look at it in great detail.’’

With the radio commentaries, Jane Curtis said, her husband “loved the idea that people were listening to his voice, and what he said was helping people to look about them and prize what we have and know that it had better be taken care of.’’

He could do that even when venturing down the worn path of describing Vermont’s autumn leaves.

“There’s one old veteran that has become so bright a scarlet it almost hurts to look at,’’ he said in an early-’80s commentary about the foliage on Sugarbrook Farm, the Curtis spread in Hartland. “Farther up is a majestic fountain of deep yellow. A thicket of sumac beneath is doing its own thing by turning itself into a vermilion bonfire. And not to be overlooked are the subtle mauves of the white ashes. I guess there’s nowhere else in the world where trees and bushes make such a fantastic tapestry across the hills.’’

One of six children, Willis Lansing Curtis was born in Marlborough and as a boy learned the basics of agriculture at his grandfather’s farm in town. He also was introduced to his family’s shoe trade, which included a manufacturing facility in Marlborough and a store in Boston.

His family spent summers in Scituate, where he met Jane Pitkin at a yacht club when, at 12, he made the mistake of offering assistance when she was hitching up her pony cart.

Undeterred, Mr. Curtis stayed in touch, and they wed in 1940. Four years earlier, he graduated from Vermont Academy, a private school in Saxtons River, Vt.

He decided not to stay with the shoe business, tried his hand at farming in Massachusetts, and moved with his wife and daughter to a Hartford, Vt., dairy farm in the early 1950s. A few years later, they bought a farm in Hartland, and Mr. Curtis was elected in 1962 to serve a term as a representative in the Vermont Legislature.

Deciding that a small dairy farm was not economically viable, Mr. Curtis and his wife bought the Yankee Bookshop in Woodstock in the early 1960s and ran it for about a decade. After recording radio advertising for the store, he found that listeners responded well to his voice.

During the 1970s, he began doing radio ads for other businesses and started writing history books and biographies about antique wood stoves, Woodstock, and conservationist George Perkins Marsh, often collaborating with his wife and Frank Lieberman. He also served as president of the Woodstock Historical Society and on the board of the Vermont Institute of Natural Science, which is now in Quechee.

“He was a man of incredible energy, always on the move,’’ said his daughter, Katherine Curtis Donahue of Hartland. “When he would come into the house from the field or working in the barn, we would realize we should all be busy doing something because he was certainly always doing something.’’

In addition to his wife and daughter, Mr. Curtis leaves a sister, Louise Hahn of Honeywood, Ontario; three grandsons; and a great-granddaughter.

A memorial service will be held at 2 p.m. tomorrow in St. James Episcopal Church in Woodstock.

A lifelong singer in church choirs, Mr. Curtis participated often in community theater and might repair to the back seat of the car during a long drive with his wife and daughter to practice pieces from Gilbert and Sullivan. During farming days, he all but drowned out the equipment while haying a field.

“The tractor’s engine was so loud, but his voice would be ringing out with an Italian opera,’’ his wife said. “It didn’t sort of fit together, him being a farmer and singing some aria from ‘La Traviata.’ ’’