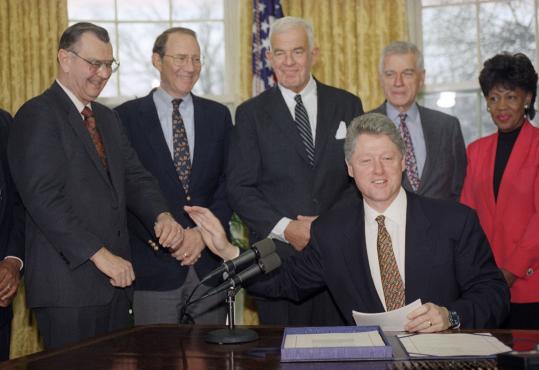 ST. LOUIS — Harold L. Volkmer, a 20-year Democratic congressman from northeast Missouri known for his advocacy of the rights of gun owners, has died. He was 80.

“He was just a wonderful man,’’ Mary Ann Viorel, Marion County collector, said yesterday. She was the wife of the late Lee Viorel, who was Mr. Volkmer’s congressional campaign manager and district administrator. “I greatly admired his moral values, and that’s what he based all of his government actions on.’’

Mr. Volkmer was born in Jefferson City. After a stint in the US Army and graduation from the University of Missouri School of Law, he moved to Marion County. He was elected county prosecutor in 1960 and served in that role until his election to the Missouri House in 1966.

In 1976, Mr. Volkmer won election to Congress for the Ninth District after veteran lawmaker William Hungate retired. Mr. Volkmer served on several committees, including Judiciary, Agriculture, and Science and Technology. He chaired the Space Subcommittee when the space station was launched, and for many years was chairman of an Agriculture subcommittee on small farms and forests.

But he earned a reputation in Congress for his unwavering support of gun rights, often in contrast to leaders of his own party. He sponsored the landmark Firearm Owners Protection Act of 1986 that became known as the Volkmer-McClure Act, which reduced federal restrictions on interstate sale of long guns and ammunition.

After leaving Congress, Mr. Volkmer was elected to the National Rifle Association board of directors and held that role for 12 years, until 2009. He was on the NRA Executive Council until his death.

Mr. Volkmer was also instrumental in passage of legislation widening US Route 61 to four lanes, and funding for a flood levee to protect Hannibal’s downtown that includes the Mark Twain Boyhood Home and Museum. The levee was completed just months before the Great Flood of 1993. He also played an important role in the passage of a flood relocation act, which provided federal money to move people and, in some cases, entire communities out of the flood plain.

“Harold Volkmer was a man of great passion whose dedication to public service and to the people of the Ninth District serve as an example to me of how to be an effective member of Congress,’’ said the current Ninth District representative, Blaine Luetkemeyer.

“Harold was both a statesmen and gentleman, and will be sorely missed by the people of the Ninth District,’’ said Luetkemeyer, a Republican.

Mr. Volkmer’s wife, Shirley, died in 1995, and in 1996 he lost his reelection bid to Republican Kenny Hulshof.