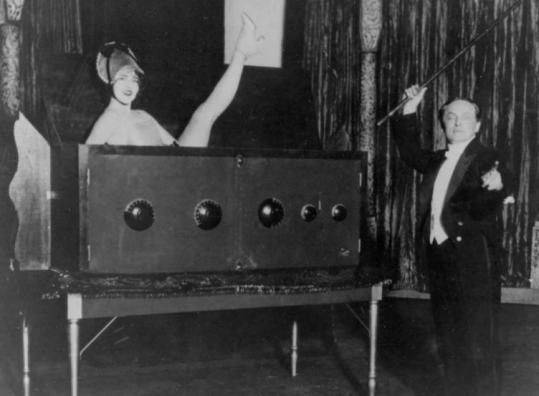 Ms. Young joined Houdini’s company as a 17-year-old after attending an open casting call during a family trip to New York. She initially sat in the back because she was too shy to step forward, but Houdini and his manager noticed her and asked her to dance the Charleston. They signed her to a contract, and she persuaded her parents to let her join the stage show.

During her year with Houdini in the mid-1920s, she gained recognition for playing the role of Radio Girl of 1950, emerging from a large mock-up of a radio and performing a dance routine. She also performed other roles during the tour, which proved to be Houdini’s last in the United States before he died in October 1926, two months after she had left the show.

Ms. Young then formed a dance act with Gilbert Kiamie, a New York businessman and the son of a wealthy silk lingerie magnate, and they gained international prominence for a Latin dance they created known as the rumbalero. They later married and remained together until Kiamie died in 1992.