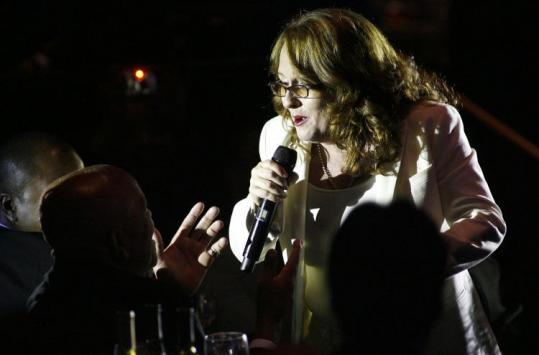 LOS ANGELES — Teena Marie, who made history as Motown’s first white act but developed a lasting legacy with her silky soul pipes and with hits like “Lovergirl,’’ “Square Biz,’’ and “Fire and Desire’’ with mentor Rick James, has died at the age of 54.

The confirmation came from a publicist, Jasmine Vega, who worked with Ms. Marie on her last album.

Ms. Marie, known as the “Ivory Queen of Soul,’’ was certainly not the first white performer to sing soul music, but she was arguably among the most gifted and respected, and was thoroughly embraced by the black audience.

She was first signed to the legendary Motown label in 1979 at age 19, working with James, with whom she would have long, turbulent but musically magical relationship.

The cover of her album, “Wild and Peaceful,’’ did not feature her image, with Motown apparently fearing backlash by audiences if they found out the songstress with the dynamic voice was white.

But Ms. Marie notched her first hit, “I’m A Sucker for Your Love,’’ and was on her way to becoming one of R&B’s most revered queens. During her tenure with Motown, the singer-songwriter and musician produced passionate love songs and funk jam songs like “Need Your Lovin’,’’ “Behind the Groove’’ and “Ooh La La La.’’

Ms. Marie had a daughter and had toured in recent years after overcoming an addiction to prescription drugs.