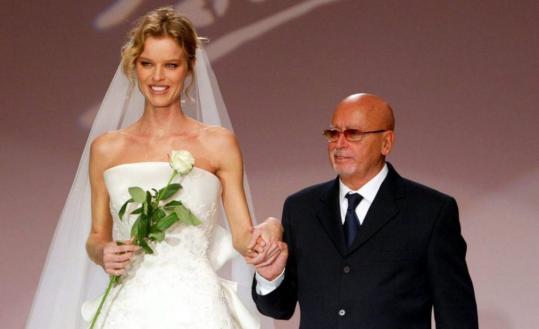 ROME — Fausto Sarli — one of Italy’s leading high fashion designers, known for his artisan touch and elegant gowns — has died at age 83.

Alberto Terranova of Sarli’s fashion house said the designer died of cardiac arrest Thursday in a hospital, a week after being admitted with a lung ailment.

The Naples-born designer was considered a master of style. He burst on the scene in the late 1950s, in the heyday of Italian high fashion, dressing leading women in the Italian television and film world in slinky, beautifully tailored gowns. He was also famous for his wedding dresses.