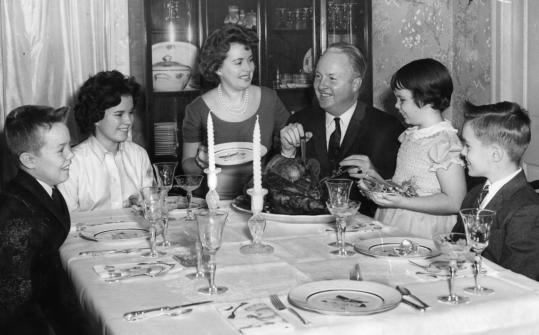 Before her husband faced the music in debates or press conferences, Mary P. Cunniff Collins would drill him with tough questions, then sharpen his answers.

That illustrated the role of Mary Collins, the wife of former Boston Mayor John F. Collins, said their son John F. Collins Jr. She was an active first lady who continually helped her husband and made a major impact on Boston in her own right.

“She never really shrank from duty or responsibility,’’ her son said. “She was very much a politician herself. She had a great read on people and was a natural for the old-fashioned kind of campaigns. She was the woman behind the man.’’

Mrs. Collins died Friday of a heart attack at Atria Woodbriar assisted living center in Falmouth. She was 90.

Her parents emigrated from County Galway, Ireland, to Roxbury, where she was born in June 1920. She attended primary and high school at St. Joseph’s Academy.

After training to become a legal secretary, she worked at Suffolk Superior Court in Boston, where she met her husband, a lawyer.

After he served as a military intelligence officer in World War II, they married in 1946 and started a family (two daughters and two sons) in Jamaica Plain, where they lived for decades.

John Collins was elected to the State House in 1947, and as he rose to state senator, Boston city councilor, and mayor, Mrs. Collins was a steadfast presence, her son said.

Despite contracting polio, which paralyzed his legs in 1955, John Collins ran successfully for City Council that year. While her husband was hospitalized, Mrs. Collins comanaged the campaign from their new Jamaica Plain home at 20 Myrtle St.

“It was endless,’’ she told the Globe in November 1959. “There was still the house, meals, washing, and the baby, and John to visit twice a day. . . . The doctors told me John needed to win to bolster his morale. I told our friends and they really ran the show.’’

During her husband’s campaigns, Mrs. Collins would rise at 4 a.m. to prepare her family’s breakfast, according to a Globe article from 1966.

“She held the family together during that period,’’ said her son, who lives in Alexandria, Va.

Mrs. Collins campaigned when her husband’s wheelchair slowed him, prepared food for the many visitors to their home, and addressed crowds at his rallies, helping him surprise the city and beat the front-runner in the 1959 mayoral election, state Senate President John E. Powers.

But Mrs. Collins’s activities extended beyond the political. When her husband was mayor, she served for a time as chairwoman of the March of Dimes, a charity funding polio treatment and research.

She also served on boards for Faulkner Hospital in Jamaica Plain and for the Museum of Fine Arts.

Later in life, the couple served on nonprofit boards in Falmouth after they moved there in the early ’90s.

“Mary Collins was a wonderful mother, wife, friend and great first lady of Boston,’’ Raymond Flynn, former mayor, said in a statement to the Globe. “She and Mayor Collins represented all that was special about Boston.’’

“She was a really aggressive, thoughtful person,’’ Collins said. “She was a colorful wife and a tough adversary, but she never created an enemy and was a friend of all. Throughout the years of politics and turmoil, she kept a positive attitude and her decency.’’

She will be interred in St. Joseph Cemetery next to her husband.