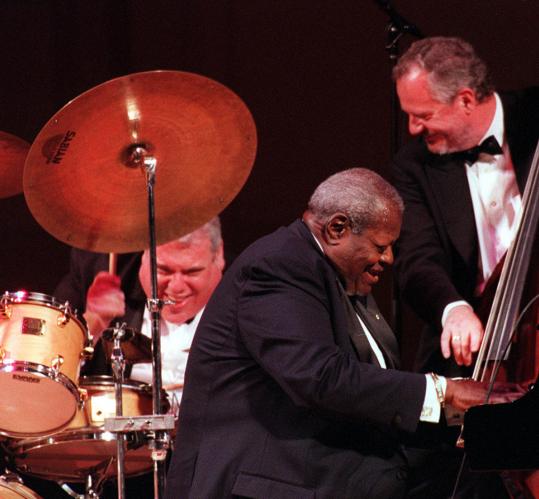 NEW YORK — Martin Drew, a British jazz drummer who was a member of pianist Oscar Peterson’s internationally popular group for three decades, died of a heart attack July 29 in London. He was 66.

Mr. Drew first worked with Peterson in 1974 at the celebrated London nightclub Ronnie Scott’s, as the house drummer. In that role he also accompanied Ella Fitzgerald, Dizzy Gillespie, and many other visiting American jazz artists.

He performed all over the world with Peterson from the mid-1970s until a few years before Peterson’s death in 2007. For most of that time the group also included the Danish bass virtuoso Niels-Henning Orsted Pedersen, who died in 2005.

Born in Northampton, England, on Feb. 11, 1944, Mr. Drew made his professional debut at 13 and worked with various British jazz musicians before beginning a long association with Scott, as the drummer both in his small groups and at the nightclub the noted saxophonist ran.