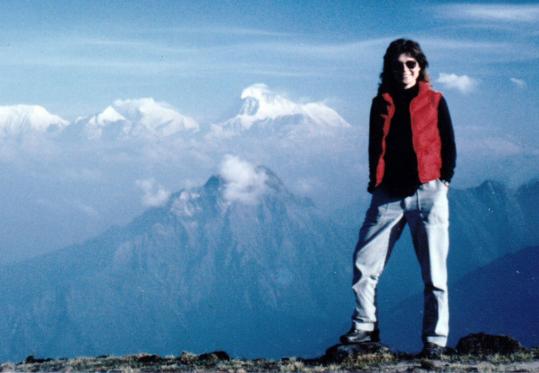 Candy Jenkins could look at a weary old building and see its story unfold in something as simple as the way the walls aged, whispering secrets about the past. To tell its tale well, she spent hours culling nuggets of narrative from all manner of sources, including musty town histories and decaying documents.

“Then she had the ability to synthesize that information to give a comprehensive and comprehensible account of the building, a building biography, you could call it,’’ said Sara Chase of Lexington, a preservation consultant and a longtime friend. “She brought buildings to life, and she could write a report in a way that even the most hardened and money-conscious developer would look anew at the building and really see it, see the architecture and the history.’’

A consultant in historic preservation and architectural history, Ms. Jenkins formerly was preservation planning director at the Massachusetts Historical Commission, where she led efforts to identify significant structures in municipalities across the state. On April 29, she collapsed in the office where she worked in her Belmont home. Ms. Jenkins was 59, and tests are pending to determine the cause of death.

“Candy did the highest quality work,’’ said Wendy Frontiero of Beverly, a preservation consultant and former colleague at the state commission. “She worked with developers; she worked with preservation regulatory agencies, with private groups, with advocacy groups. She was able to see all sides of issues.’’

Turning her sharp eye toward matters human, Ms. Jenkins also could spot the structural flaws or strong foundations in the interactions of friends.

“She was the kind of person who could see to the core of what was important in a situation or in a relationship, particularly, and help you see it, too,’’ said Sally Zimmerman of Lexington, a former colleague at the state commission who manages preservation services for the nonprofit group Historic New England. “She just had remarkable good sense and was the kind of person who would be true forever, who you could count on to be truthful and honest.’’

Ms. Jenkins was as honest about herself and the life challenges that brought her to become a friend of Bill W., faithfully attending Alcoholics Anonymous meetings to remain in recovery the past 22 years. At one such meeting, she met Ted Gartland, deputy chief photographer at the Globe.

“I remember the first thing she ever said to me,’’ he said. “I remember her coming up to me after a meeting and saying, ‘Try to remain teachable,’ which I thought was pretty cool.’’

Just as hip was the way she quoted a Rolling Stones lyric while speaking at a subsequent meeting, the gentle fun she had playing with her mixed-breed dog, Maggie, and the time she told Gartland about standing across from McLean Hospital in Belmont, picking milkweed and sending its seeds floating through the air.

“And she said, ‘I realized that I was happy,’ and I found that the most attractive thing I had ever heard anybody say,’’ he said. “I just fell in love with her.’’

They became a couple in 2003 and married the next year at her parents’ home in Yarmouthport, on a porch overlooking the salt marshes of Chapin Beach, a place Ms. Jenkins loved.

Candace Jenkins grew up in Duxbury and graduated in 1969 from Duxbury High School, where she was prom queen, a detail that caught friends off guard. She looked the part, but her quiet intensity suggested an inner life that did not square with prom royalty or the cheerleading squad, to which she also belonged.

“She was absolutely the personification of still waters that run deep,’’ Gartland said. “She was a very private person. I’m not really certain whether she was shy or not, that’s how private she was.’’

Said Frontiero, “She was a person of contrasts, things you would not expect to be in the same personality. She came across as very reserved and formal, but she also loved rock music and went hiking in the Himalayas.’’

Ms. Jenkins graduated from Smith College in 1974 with a bachelor’s in art and architectural history. Three years later, she received a master’s from Boston University in historic preservation studies and went to work for the Historical Commission.

Beginning as an assistant grants manager, she became director of nominations in the state for the National Register of Historic Places and then preservation planning director. In 1984, she left to set up shop as a consultant, a challenging proposition.

“When you’re a preservationist, work does not land on your plate,’’ Zimmerman said. “You have to make your own way.’’

With deft writing skills and deep knowledge of the field, Ms. Jenkins did just that, friends said. Over the past quarter century, she built a resume that included projects across New England, from Cape Wind and the Freedom Trail, to studies of how to reuse former state hospitals, to renovations of the Massachusetts State House and federal buildings from Providence to Portland, Maine.

When Ms. Jenkins turned 40, she joined a friend trekking in Nepal.

“It was a big turning point for Candy,’’ Frontiero said. “She was not a hiker; she was a walker. It was something she did for herself to show that she could do that.’’

In recent years, Ms. Jenkins nursed through a final illness her mother, Doris (Emery) Jenkins, who died three years ago. Since then, Ms. Jenkins traveled frequently to Yarmouthport to care for her father, Richard.

Discussions of how difficult it was to commute to and from Belmont would always end “with the words, ‘But they were always there for me,’ ’’ Gartland said.

That’s not to say Ms. Jenkins didn’t find ways to pamper herself. “Candy lived up to her name,’’ Gartland said. “Candy had a sweet, sweet tooth.’’

She also was sweet on dogs, and Maggie was preceded by a pair of mixed-breeds. “We certainly didn’t say this too loud when Maggie was in the room with us,’’ Gartland said, “but I would say Jasper and Jules were the one-two jewels in Candy’s canine crown.’’

A voracious reader, particularly of science fiction, Ms. Jenkins had three library cards, for Belmont, a statewide network, and libraries on Cape Cod. It was a given, Gartland said, “that books came in and out of here in wheelbarrows.’’

“She really lived intensely, though if you just met her, you would think she was a very quiet person,’’ Chase said, “but I guess quiet and intense are not mutually exclusive.’’

A memorial service is planned at 2 p.m. Saturday in the Carriage House of the Codman Estate in Lincoln.