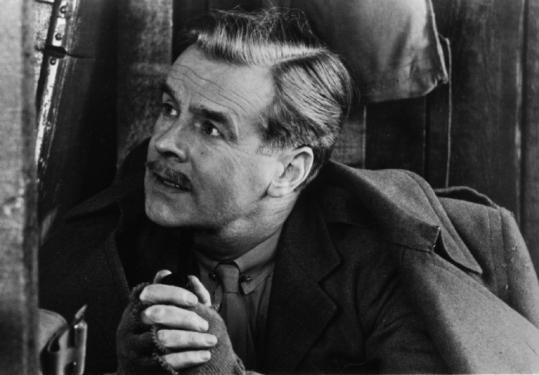 NEW YORK - Ian Carmichael, a debonair actor who made a specialty of playing the well-meaning buffoon in British films of the 1950s and who went on to star on television as Bertie Wooster, P.G. Wodehouse’s oblivious twit, and Lord Peter Wimsey, Dorothy Sayers’s aristocratic detective, died last Friday at his home in Grosmont, in northern England. He was 89.

Mr. Carmichael’s career lasted more than 60 years, and he was appearing on the British television series “The Royal’’ as late as last year. He was probably most familiar to American audiences as Wimsey, appearing in the role in several BBC series that were shown on American television in the 1970s. He said he was more like the trim, urbane, and clever Wimsey than many of the clueless men he had played as a film comedian 20 years earlier.

Nonetheless, it was as a lovable goofball that he became, for a time, a British movie star.

After appearing in small or supporting roles in several dramatic films (including “Betrayed,’’ with Clark Gable and Lana Turner), Mr. Carmichael had roles in a number of lighthearted satires playing some version of a bumbling naïf.

The films, produced and directed by the brothers Ray and John Boulting, included “Private’s Progress,’’ a send-up of life in the British Army set during World War II, and “Brothers in Law,’’ a broad tweak of lawyers, both also starring Richard Attenborough and Terry-Thomas; “I’m All Right Jack,’’ a lampoon of labor unions and management, with Attenborough, Terry-Thomas, and Peter Sellers; and “Lucky Jim,’’ an adaptation of Kingsley Amis’s spoof of academe, with Terry-Thomas and Hugh Griffith.