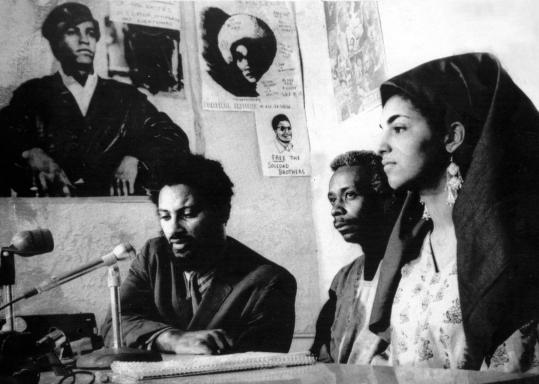 NEW YORK - Imari Obadele, a teacher and writer whose commitment to black empowerment fired a militant, sometimes violent effort to win reparations for descendants of slaves and to carve out, however quixotically, an African-American republic in the Deep South, died Jan. 18 in Atlanta. He was 79.

The cause was a stroke, said Johnita Scott, his former wife.

Mr. Obadele was president of what he called the Republic of New Afrika, a country that existed as an idea. His provocative proposal was to have Alabama, Georgia, Louisiana, Mississippi, and South Carolina - the heart of the old Confederacy - removed from the union and given over to black Americans.

The proposal emerged in 1968, the year the Rev. Dr. Martin Luther King Jr. was assassinated. Black separatism was on the rise, with some advocates resurrecting 19th-century proposals for blacks to return to Africa.

Mr. Obadele, who had despaired of integration into white society, demanded American land as payback for the centuries of abuse blacks had suffered. He also asked for billions of dollars and became a leader of the reparations movement.

His organization saw itself as fighting a war of national liberation. It had a uniformed militia and engaged in gun battles with the police in Detroit and Jackson, Miss.; a police officer died in each.

In the Jackson face-off - a raid on the group’s headquarters in 1971 - murder charges against Mr. Obadele were eventually dropped, thought eight members of his group were convicted. A year later, Mr. Obadele was convicted of conspiring to assault an FBI officer and served more than five years of a 12-year sentence.

Mr. Obadele and his supporters contended that they had become targets of the FBI because of their political views, pointing to threats and raids by the police in the months before the Mississippi confrontation. Amnesty International in 1977 called Mr. Obadele a political prisoner, one of the first Americans so designated.

The FBI was watching the group, as internal agency documents showed when they later became public. A 1968 agency memorandum urged that Mr. Obadele “be kept off the streets’’; another called him one of America’s “most violence-prone black extremists.’’

In his critique of American race relations, Mr. Obadele, who had a doctorate in political science, argued that slaves should not have automatically been considered US citizens after their emancipation because they were offered no choice in the matter. If they had chosen not to become inferior members of a white society (the only possibility for them, as he saw it) or to move to another country, they should have been able to take land from the existing United States.

Mr. Obadele also started the advocacy group National Coalition of Blacks for Reparations in America. Maulana Karenga, the black nationalist leader best known as the creator of Kwanzaa, wrote in 2008 in The Sentinel, a black newspaper in Los Angeles, that Mr. Obadele’s work for reparations was essential.

Mr. Obadele’s views fueled a debate that had started during Reconstruction. In recent years, the issue has reemerged among black intellectuals with the publication in 2000 of Randall Robinson’s book “The Debt: What America Owes to Blacks’’ and an effort by Harvard law professor Charles J. Ogletree to assemble a top legal team to push for reparations.