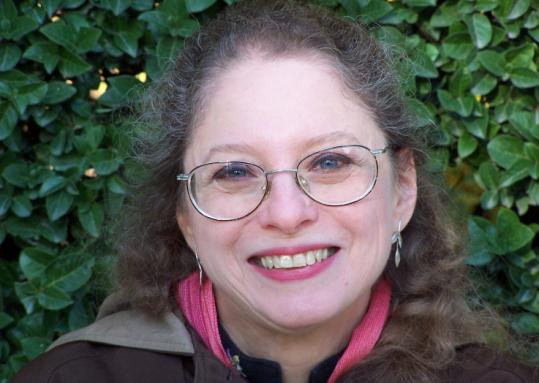 Judi Chamberlin wrote “On Our Own: Patient-Controlled Alternatives to the Mental Health System.’’
By J.M. Lawrence Globe Correspondent / January 20, 2010

In 1966 at age 21, Judi Chamberlin was locked in a New York state mental ward against her will after the newlywed suffered a miscarriage and couldn’t stop crying.

“A depression is something to get rid of and the goal of psychiatry is to ’cure’ people of depression,’’ she wrote in a 1978 book that became a cornerstone of the “Mad Pride’’ movement among mental health patients. “That my depression might be telling me something about my own life was a possibility no one considered, including me.’’

Ms. Chamberlin, who wrote “On Our Own: Patient-Controlled Alternatives to the Mental Health System,’’ died Saturday at her Arlington home from chronic obstructive pulmonary disorder, a lung disease. She was 65.

Described as irreverent and fearless, Ms. Chamberlin’s writings about the dehumanizing treatment inside mental hospitals helped galvanize patients to become “psychiatric survivors’’ and changed social attitudes about their future prospects.

“Her life, her book, her words, her talks were so revolutionary,’’ said Dr. Daniel Fisher, executive director of the National Empowerment Center in Lawrence, which Ms. Chamberlin helped found.

“The mental health system, for a while, was scared of her because she spoke so boldly with no compromise. She would say things that now we accept there’s a certain truth to. But back then, it seemed like heresy,’’ Fisher said.

Ms. Chamberlin, who was diagnosed as schizophrenic, contended patients have the right to make choices about their care, and she argued that their using those rights was integral to recovery.

She liked the name “Mad Pride,’’ and her book became the movement’s manifesto. “Instead of a pejorative word, they were saying ‘No, we’re proud of who we are and so be it,’ ’’ said Robert Whitaker, author of “Mad in America,’’ which chronicles the history of America’s treatment of the mentally ill.

Ms. Chamberlin, who grew up in Brooklyn, first sought help at a hospital but was quickly swept into a series of psychiatric stays. She was committed to Rockland Hospital for two months.

“The experience totally demoralized me,’’ she wrote. “I had never thought of myself as a particularly strong person, but after hospitalization, I was convinced of my own worthlessness. I had been told that I could not exist outside of an institution.’’

In an essay called “Confession of a Noncompliant Patient,’’ she said she learned to hide her true feelings of despair and anger to win her freedom, while she fantasized about former patients evacuating the hospital and burning it down. “In my fantasy, we joined hands and danced around this bonfire of oppression,’’ she said.

Her first marriage ended after her hospitalization. She eventually found recovery in Vancouver at a crisis center run by other mental illness sufferers who had won government funding for alternative treatments.

She came to Boston and helped found the Mental Patients’ Liberation Front in the early 1970s. The group brought a landmark lawsuit against Boston State Hospital. The 1975 case established patients’ rights to refuse treatment.

In 1980, Ms. Chamberlin linked arms with other protesters and blocked the doors at the American Psychiatric Association Conference in San Francisco, said her friend Sally Zinman, who stood with her that night.

Zinman, who lives in Berkeley, Calif., laughed as she remembered how the doctors entered the conference through a side door.

“It’s hard to think of her as gone because her influence will keep going. She has been so influential in social change that she won’t die,’’ said Zinman, who spent 30 years as director of the California Network of Mental Health Clients.

Ms. Chamberlin found little help for herself from psychiatric drugs but did not oppose medication as a possible path for recovery.

In 1985, she helped found the Ruby Rogers Advocacy & Drop-In Center in Somerville, which is run by nonprofessional staff who have had mental health issues.

She also worked on projects with the Center for Psychiatric Rehabilitation at Boston University and was cochairwoman of the World Network of Users and Survivors of Psychiatry from 2001-2004. In 2004, she was named to a panel advising the United Nations on disabilities.

In the last year, Ms. Chamberlin battled for the rights of the terminally ill to hospice care. She wanted to die at her home surrounded by her books and her beloved cats, Gilbert and Oliver, with frequent visits from her grandchildren. But UnitedHealthcare cut off her hospice benefits at $5,000. She appealed.

“Although I apparently haven’t died fast enough,’’ she wrote on one form, “I do have a terminal illness and will need some method of care.’’

By the time the company extended her benefits, Ms. Chamberlin had found home care from Visiting Nurse and Community Health of Arlington. She chronicled her days on her blog judi-lifeasahospicepatient.blogspot.com.

Her partner, Martin Federman of Cambridge, who met her three years ago, also cared for her. “When I first met her, she was still in the peak of the work she was doing, and my first impressions were of how incredibly focused and committed she was,’’ he said.

On her blog, she wrote lovingly of Federman bringing her meals, including her favorite dessert, Junior’s cheesecake from New York City.

She did not want a memorial service. Instead, scores of people lined up for a chance to praise her work at a celebration of her life held at Boston University in August. Ms. Chamberlin, who was in a wheelchair, took the microphone and issued a call for the rights of hospice patients to care.

“Even at this last second of her life, she was fighting for change, and it was an absolutely beautiful moment,’’ Whitaker said.

Ms. Chamberlin leaves her daughter, Julie of Boston, and three grandchildren. Burial will be private.