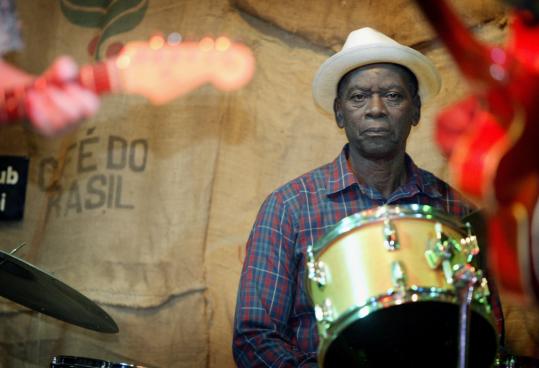 JACKSON, Miss. - Sam Carr, a drummer who was considered an anchor in the blues scene that continues to draw fans to the poverty-stricken Delta region where the music form was born, died Monday of congestive heart failure. He was 83.

Mr. Carr had a reputation as one of the best blues drummers in the country, but he made his living in the Mississippi Delta, where he was raised.

At one time or another, Mr. Carr had backed such big names as Sonny Boy Williamson II and Buddy Guy.

Mr. Carr had received multiple honors, including the Governor’s Award for Excellence in the Arts in 2007. He also received several awards from Living Blues magazine.

Mr. Carr’s father was 1930s blues guitarist and vocalist Robert McCollum, who recorded as Robert Nighthawk and made famous the song “Sweet Black Angel.’’ Early in his career, Mr. Carr often played with his father.

He was born Samuel Lee McCollum near Marvell, Ark. He was adopted as a toddler by a Mississippi family with a farm near Dundee.

He reunited with his father at age 16, and collected admissions for clubs where his father performed.

He worked as a sharecropper before turning his full attention to blues music, moving to St. Louis and playing bass with harmonica player Tree Top Slim.

Mr. Carr returned to Mississippi in the early 1960s and formed the Jelly Roll Kings.