Eternally damned and no longer human, a dark figure hunches forward on all fours, a pitchfork embedded in its back for all time.

Giving chilling expression to the horror sketched in a poem, Michael Mazur’s monotype for “The Inferno,’’ first book of Dante Alighieri’s “Divine Comedy,’’ ushers readers into a canto that includes the lines:

If you don’t want to feel our hooks - like this! - Then stay beneath the pitch.

“Illustration, like translation, is risky business,’’ Mr. Mazur wrote of his collaborations with the poet Robert Pinsky, whose translations of Dante he augmented visually. “At worst, illustrations can sidetrack the reader by introducing ideas or images that change the meaning of the text, skew its tone, diminish its impact. At its best, though, illustration is a reinvention.’’

Drawing from a well of inspiration that was generous to his dying day, Mr. Mazur reinvented himself often in the past 50 years, reinvigorating the old art of monotype and creating paintings with precision and energy that seemed effortless.

Mr. Mazur, one of the most respected and prolific artists in New England, died of congestive heart failure Tuesday in Mount Auburn Hospital in Cambridge. He was 73 and had divided his time between Cambridge and Provincetown.

“He was one of the great creative imaginations of American art in his generation, particularly expressed in the body of prints that he produced, especially the monotypes,’’ said Malcolm Rogers, director of the Museum of Fine Arts in Boston, which presented a 40-year retrospective of Mr. Mazur’s work in 2000. “The way his eye, his mind developed is a fascinating, very moving, and visually exciting pilgrimage.’’

Along with monotypes, often known as printed drawings or painterly prints, Mr. Mazur’s work included paintings in oil and acrylic on canvas, Masonite, or wood panels. Turning to paper as a surface, he used watercolors, charcoal, or pencil to create images ranging from real to abstract.

“One of the most interesting things about Michael is that unlike some artists of his generation or stature, he never settled comfortably into a groove and churned out over and over again the same images,’’ said Clifford Ackley, chairman of the prints, drawings, and photographs department at the MFA. “He was always trying something new.’’

His close friend, the painter Catherine Murphy of Hyde Park, N.Y., said he “was a restless spirit in the best possible sense.’’

“He moved about in his paintings to satisfy his own intellectual curiosity, and that is more rare than it sounds,’’ she said.

“Because of that, there would always be this level of engagement that was completely genuine.’’

Mr. Mazur began creating monotypes, the medium he mastered in ways not seen for decades, after viewing an exhibition of monotypes by the French painter Edgar Degas in 1968 at Fogg Art Museum in Cambridge. A small Degas monotype of a cafe concert singer gave Mr. Mazur a glimpse at his own future.

“This tiny explosive image, a spontaneous gift of the artist’s spirit, seemed to have been breathed directly on the paper in one magical gesture,’’ he wrote years later for “The Painterly Print,’’ an exhibition catalog published by New York’s Metropolitan Museum of Art in 1980. “The spontaneity and energy in that little print lifts the medium into art.’’

Mr. Mazur’s own artistic journey took him from New York City, where he grew up in Manhattan’s Upper East Side, to Amherst College. He took a year off from his college work to live in Italy, study in Florence, and learn Italian.

Back at Amherst, he began his decades-long engagement with Dante by reading the “Divine Comedy’’ in Italian.

Mr. Mazur finished a bachelor’s degree in 1958, then went to Yale, where he received a bachelor and a master of fine arts degree.

By then, Mr. Mazur had already been featured in a solo exhibition in a New York gallery.

He had also married Gail Beckwith, and they had two children. They had met over dinner at the home of a mutual friend, while she was a student at Smith College.

“That was it,’’ she said. “I was 20, and we were married eight months later. He was so intense, and he had these beautiful blue eyes; I had never seen anything like that. The morning after we met, he took me down to see the wood engravings he was working on.’’

Theirs was a 50-year marriage infused with creativity. Gail Mazur is a poet whose work has won awards, and his paintings adorn the covers of her books. Together, they were mainstays of the Provincetown arts scene.

“He brought this great creative imagination to everything he did,’’ she said. “He was not only fearless as an artist, but in the things he did for social good.’’

An activist, Mr. Mazur protested wars from Vietnam to Iraq. Conscious of his own success, he devised events that raised money for aspiring artists who wanted to follow the career path he had chosen. He also taught for many years at Rhode Island School of Design and Brandeis University, before devoting himself full time to his art.

“My 40th birthday present to myself was quitting teaching,’’ he told the Globe in 1987.

Not quite, though. Even after stepping off the tenure track, Mr. Mazur taught at Harvard and other venues, filling the role of vigorous and rigorous mentor.

“If there’s one word that I think describes Michael in every sense - his art, his politics, and his personal life - it’s generosity,’’ Murphy said. “He was simply the most generous person I’ve ever known. He was generous in spirit, insofar as he gave all he had to his paintings, and whatever he had left over, he gave to the art community.’’

Until heart disease began to curtail his energy, Mr. Mazur could work through the night, producing prints and paintings of a quality and quantity that left other artists in awe. He was also a host and guest of choice for social gatherings.

“He loved telling jokes and did some lethal imitations of mutual friends,’’ said the poet and critic Lloyd Schwartz, a longtime friend. “He was a kind of brilliant comedian. I think I once called him a wag, which was true.’’

“Mike always had a sketch pad,’’ said Pinsky, a former US poet laureate who in coming months plans to publish another book of his translations of Dante, illustrated by Mr. Mazur. “He was always drawing somebody’s head or the way the fireplace stone met the wall. And it was never conventional; it always had a tremendous component of the imaginative.

“He produced so much work of so many different kinds that it was like food and drink to him to be working,’’ Pinsky said.

In addition to his wife, Mr. Mazur leaves a son, Daniel of Cambridge; a daughter, Kathe of Los Angeles; a grandson; and a granddaughter.

A service will be announced. Burial will be private.

The art of Michael Mazur 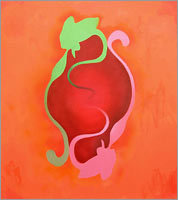