Donald Marshall, a symbol of miscarriage of justice; 55 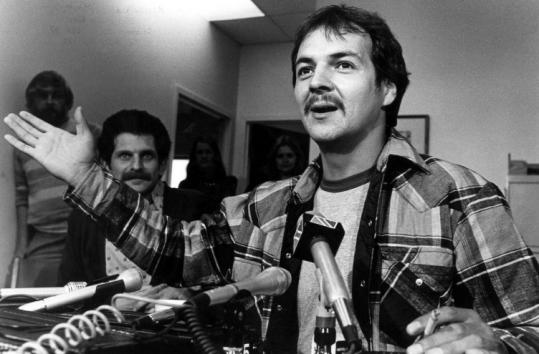 He was 55 and lived in Membertou, Nova Scotia.

His sister, Roseanne Sylvester, confirmed his death, telling the Canadian Press that he suffered from kidney failure, which she linked to antirejection drugs he had been taking since a double lung transplant six years ago.

Late on the night of May 28, 1971, Mr. Marshall and a friend, Sandy Seale, went walking in a Sydney park and tried to rob an older man, Roy Ebsary, who drew a knife and killed Seale. Disregarding Ebsary as a suspect, the police decided that Mr. Marshall, known to them from previous run-ins, had killed his friend in an unexplained fit of rage. A jury agreed, and Mr. Marshall began serving a life sentence.

He was released from prison in 1982 after the Royal Canadian Mounted Police reviewed his case, and a year later the Nova Scotia Court of Appeal declared him not guilty of the killing. In its ruling, however, the court said Mr. Marshall was “the author of his own misfortune’’ and that there had been no miscarriage of justice.

A royal commission of inquiry later criticized that finding as “a serious and fundamental error.’’ In a seven-volume report delivered in 1990, it said that police incompetence and “systemic racism’’ infecting the police department, the court system, the government bureaucracy, and even Mr. Marshall’s lawyers were to blame for the conviction.

“The criminal justice system failed Donald Marshall Jr. at virtually every turn, from his arrest and wrongful conviction for murder in 1971 up to and even beyond his acquittal by the Court of Appeal in 1983,’’ the report said.

A subsequent Supreme Court case, citing Mr. Marshall’s ordeal several times, led to changes in evidence disclosure rules. Prosecutors had withheld information from the defense in Mr. Marshall’s case, judging it irrelevant. The prosecution and the defense must now share evidence fully, regardless of their opinions on its relevance to a case.

“It was the first commission of inquiry into a wrongful conviction in Canada,’’ said Anne Derrick, a provincial judge who, as a lawyer, represented Mr. Marshall during the Royal Commission’s work.

In 1993, Mr. Marshall was arrested and charged with fishing for eels out of season and without a license. In 1999, ruling on a case in which Mr. Marshall was the primary petitioner, the Supreme Court affirmed the centuries-old treaty rights of the Mi’kmaq and Maliseet in New Brunswick and Nova Scotia to earn a living from hunting, fishing, and gathering.

Mr. Marshall, known as Junior, was one of 13 children of Donald Marshall Sr., who later became the grand chief of the Mi’kmaq nation. Mr. Marshall continued to face legal troubles after his famous court cases. In 2006, he was charged with attempted murder and accused of driving over a man after a New Year’s Eve party. Charges were dropped after Mr. Marshall and the other man agreed to take part in a ritual known as a healing circle. At the time of his death, he faced charges that he had assaulted and threatened his wife, Colleen D’Orsay.

For most Canadians, however, he remained the living symbol of a terrible miscarriage of justice. “I can remember the day the commission’s report came out, and I told Junior Marshall he was exonerated,’’ Derrick said Thursday in a phone interview. “It was as though a huge boulder had been lifted from his shoulders. He waited a long time for that.’’