Budd Schulberg, at 95; wrote ‘On the Waterfront’ screenplay 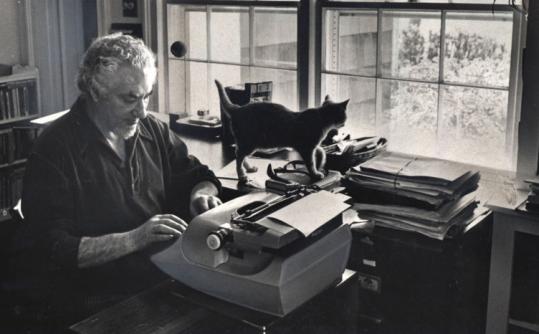 NEW YORK - Budd Schulberg, the son of a studio boss who defined the Hollywood hustle with his novel “What Makes Sammy Run?’’ and later proved himself a player with his Oscar-winning screenplay for “On the Waterfront,’’ died yesterday at age 95.

His wife, Betsy, said he died of natural causes at his home in Westhampton Beach on Long Island.

“He was very loved and cherished,’’ she said.

“On the Waterfront,’’ directed by Elia Kazan and filmed in Hoboken, N.J., was released in 1954 to great acclaim and won eight Academy Awards. It included one of cinema’s most famous lines, uttered by Marlon Brando as the failed boxer Terry Malloy: “I coulda been a contender.’’

Mr. Schulberg never again approached the success of “On the Waterfront,’’ but he continued to write books, teleplays, and screenplays - including the Kazan-directed “A Face in the Crowd’’ - and scores of articles. Spike Lee was an admirer, dedicating the entertainment satire “Bamboozled’’ to Mr. Schulberg and working with him on a film about boxer Joe Louis.

“What Makes Sammy Run?’’ was published in 1941 and follows the shameless adventures of Sammy Glick as he steals, schmoozes, and backstabs his way from a New York newspaper office boy to production chief at a major Hollywood studio.

Unlike Nathaniel West’s “The Day of the Locust,’’ which immortalized the desperation of show business outsiders, Mr. Schulberg’s book was an insider’s account. Hollywood was fascinated, and betrayed. Many were convinced they knew the real-life model for Glick. Mr. Schulberg later said he based the character on hustlers he had encountered.

“What I had, when I read through my notebook, was not a single person but a pattern of behavior,’’ he later wrote.

The model for countless Hollywood satires to come, Mr. Schulberg’s novel was adapted for television and Broadway (a flop musical starring Steve Lawrence), but, ironically, has waited decades to be made into a film. A planned DreamWorks production featuring Ben Stiller was in development in recent years.

“It’s still a little tough for them.’’

In 2003, Mr. Schulberg was voted into the International Boxing Hall of Fame as an “observer,’’ a category established for journalists and historians.

In his later years, he worked on a memoir, drawing upon correspondence with Robert Kennedy, F. Scott Fitzgerald, and others.

He was a supporter of Kennedy’s 1968 presidential campaign and was among the last to speak with the Democratic candidate before he was assassinated in Los Angeles.

Mr. Schulberg remained active in his 90s, collaborating in 2008 on a stage version of “On the Waterfront.’’