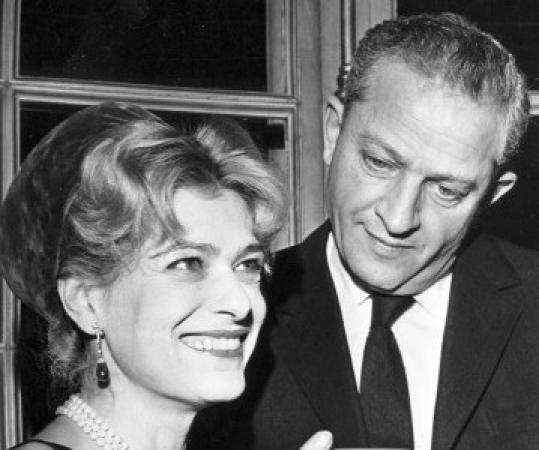 LOS ANGELES - Jules Dassin, the blacklisted American filmmaker who was a master of film noir, directing such classics as "Brute Force," "The Naked City" and "Rififi," died yesterday in a hospital in Athens. He was 96.

Mr. Dassin, considered one of the leading American filmmakers of the postwar era, directed his most influential film, "Rififi," while living in France after being blacklisted as a communist in the early 1950s. "Rififi" earned him a best director award at the Cannes Film Festival in 1955.

"Rififi" is the "benchmark all succeeding heist films have been measured against," Los Angeles Times film critic Kenneth Turan wrote in 2000 when the movie was rereleased in the United States. The film is considered the prototype for films such as "Ocean's Eleven" and "Mission: Impossible." Mr. Dassin made another film based on "Rififi," the 1964 "Topkapi," which starred Melina Mercouri, with whom he had worked in the better-known English-language film "Never on Sunday." Mr. Dassin and Mercouri later married.

Turan noted that "Rififi's" influence "is hard to overstate." The critic wrote that one section of the film is "a model of tension and precision." In the sequence, Mr. Dassin spends "a full 30 minutes on the actual robbery, a completely wordless half-hour (though it makes good use of sound effects) that racks the nerves and provides a master class in breaking and entering, as well as filmmaking."

Mr. Dassin was born in Middletown, Conn., one of eight children of Russian Jewish immigrants. His father, a barber, moved the family to the Bronx.

Mr. Dassin got into show business as an actor in New York's Yiddish theater. But upon discovering "that an actor I was not," he switched to directing, first on the New York stage.

"Brute Force" (1947), the violent prison film starring Burt Lancaster and Hume Cronyn, marked a striking change in direction to grittier fare. That was followed by "Naked City" (1948), one of the first police dramas shot on location on the streets of New York; "Thieves' Highway" (1949), a gritty film about a World War II veteran who sets out to avenge his brother's death; and "Night and the City" (1950), a film noir starring Richard Widmark as a hustler caught up in his own schemes. Widmark died last week at 93.

By the early 1950s, the hunt was on for Communist Party sympathizers. Mr. Dassin had left the party in the 1930s over its position on the Soviet alliance with Hitler.

In 1951, directors Edward Dmytryk and Frank Tuttle offered Mr. Dassin's name to the House Un-American Activities Committee, saying he was part of the Hollywood "Communist faction." He could not find employment after their testimony, and in 1953 he moved his family to France.

Eventually he was asked to write the screenplay for and direct "Rififi," based on a novel by Auguste le Breton. It concerns jewel thieves who in the end have more to fear from one another than from the police.

Mr. Dassin plays one of the thieves, Cesar, under the pseudonym Perlo Vita.

The late Francois Truffaut called "Rififi" "the best film noir I have ever seen" and said Mr. Dassin's luminous on-location shots on the cold and rainy streets of Paris revealed that city in a way that was new even to Frenchmen.