With behind-the-lens stories from Globe photographers, as told to Chona Camomot
By Bill Greene, Mission Hill, August 29
It was one of those things where all of a sudden you notice this window roll down and instinctively you raise your camera. You don’t want to miss anything. All of a sudden, I saw Edward Moore Kennedy III’s hand come up, and there was the salute. Squeezed off maybe two or three frames, and it was over. It was literally, you got it or you didn’t. I like the picture. It has some depth to it. It harkens back to Senator Ted Kennedy’s brother, when he was killed, and John-John. 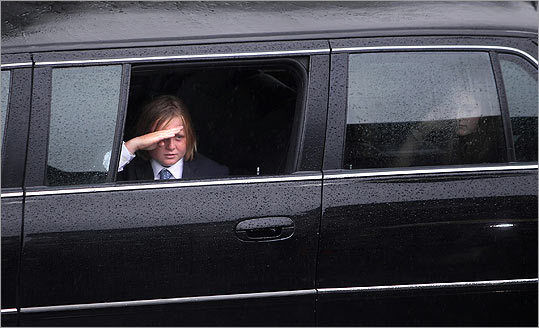