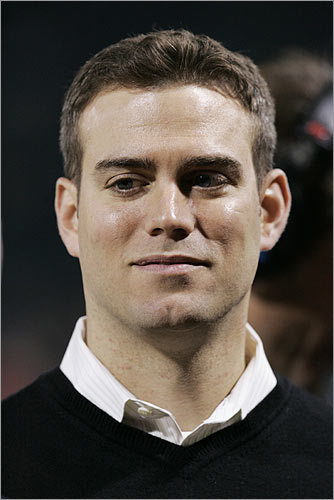 From the Globe Magazine
2004 Bostonian of the Year: Theo Epstein
He was the architect of the curse-smashing, World Series-winning Red Sox, which is why Theo Epstein was our 2004 Bostonian of the Year. In just his second year as general manager of the Sox, the hometown hero who grew up in the shadow of Fenway Park succeeded where his more seasoned predecessors over eight decades had failed. But to do that, he had to stop thinking like a fan and start acting like a businessman, starting with a bold and highly unpopular move -- trading face-of-the-franchise player Nomar Garciaparra -- and building a history-defying team that restored Boston's place in baseball's pantheon.