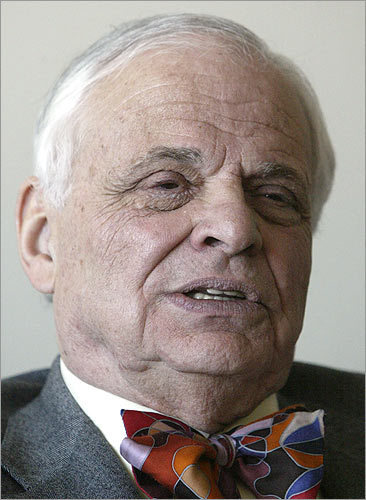 From the Globe Magazine
2005 Bostonian of the Year: Edward Ginsburg
A year before a ceiling collapsed in a connector tunnel, killing a Jamaica Plain woman, we chose Edward Ginsburg as the 2005 Bostonian of the Year for his efforts to expose the truth behind the Big Dig. A retired judge charged with investigating the $15 billion project, Ginsburg blew the lid on its leak problems, issuing a blistering report accusing project managers of shutting down the flow of data to his team and ripping state officials for an overly trusting attitude toward the design and construction management consultant for the grotesquely over-budget and behind-schedule project.