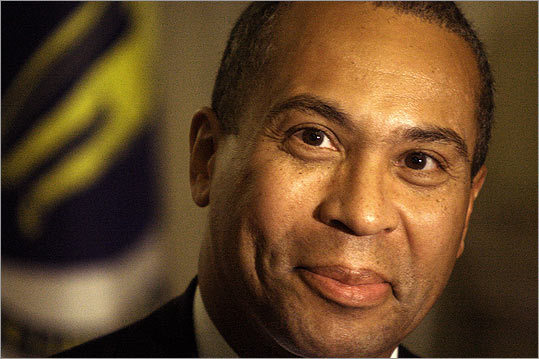 From the Globe Magazine
2006 Bostonian of the Year: Deval Patrick
When Deval Patrick was elected governor of Massachusetts in 2006, he broke a color barrier as the Commonwealth's first African-American governor, but it wasn't only for that that we named him our Bostonian of the Year. It was because he refused to let his race define him, running instead on a hopeful, grass-roots platform that brought him not only the respect but also the support of a broad spectrum of the state's electorate. By challenging its people to work together toward a better future, he brought a message of civic good to the state.