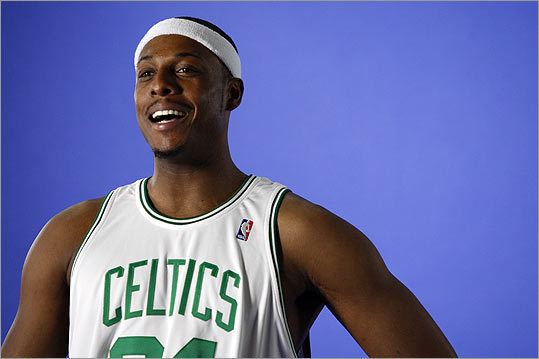 From the Globe Magazine
2008 Bostonian of the Year: Paul Pierce
For meeting life head-on and leading the Celtics to a triumphant 17th NBA championship, we named Paul Pierce our Bostonian of the Year in 2008. Pierce took the intensity that had marked him as a winner from a young age and had sustained him through 10 long, lean years on a losing team and turned it into gold. Maturing off-court as well as on, the Celtics forward worked with a newly energized squad to take the team to basketball's pinnacle, the capstone to a transformative year that saw him reach his full potential as a player and embrace fatherhood while also facing up to his own long-buried pain as a son.