Rizzoli & Isles, a TV series based on the novels of Maine author Tess Gerritsen, 57, debuts tomorrow on TNT. 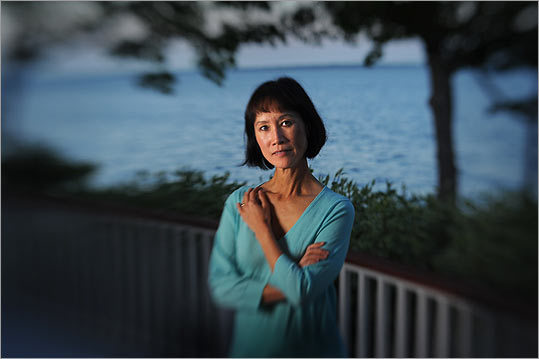 How long have you been writing about detective Jane Rizzoli and medical examiner Maura Isles? Jane first appeared in 2001, in The Surgeon. She was supposed to die in that first book, but I just fell in love with her. Maura showed up in the second book as a minor character. They both were so intriguing, they took over.

Angie Harmon plays Rizzoli in the series. How did you feel when you saw actresses playing your characters? I was so excited to hear them speaking the dialogue. What mattered to me is not how they appeared, but that they inhabited the characters so well. Physically, they don’t quite match up with my descriptions, but it doesn’t matter.

Are you Dr. Maura Isles? She shares some biographical details with you: Stanford pre-med, UCSF medical school. Maura and I have a lot of common characteristics. We’re both scientists. We’re not comfortable in crowds, we get obsessed with things. She and Jane are contrast-y characters. Jane is brilliant, impulsive, hot-tempered. Maura is Mr. Spock.

How did you go from doctor to writer of crime novels? After practicing for five years and being on maternity leave, I was able to go back to my first love. I wrote nine romantic suspense novels before my first medical thriller, Harvest. That hit the New York Times bestseller list.

Growing up, you viewed horror movies with your mother, an immigrant from China, who watched them to learn English. Do you ever wish you’d had a -filled childhood instead? I loved Disney, too. But the horror movies stuck with me. When I became a storyteller myself, it’s the genre I felt comfortable in.

How does a nice woman like you dream up such gruesome events? I’m inspired by real life. I’m an avid reader of the National Enquirer. I’m always inspired by things that make you reel back in shock. That’s where books start for me.

Will Bostonians feel a sense of pride or terror as they watch the series unfold? I hope a little of both.