Government sure is dumb

It’s absolutely useless. Well, aside from a few exceptions. 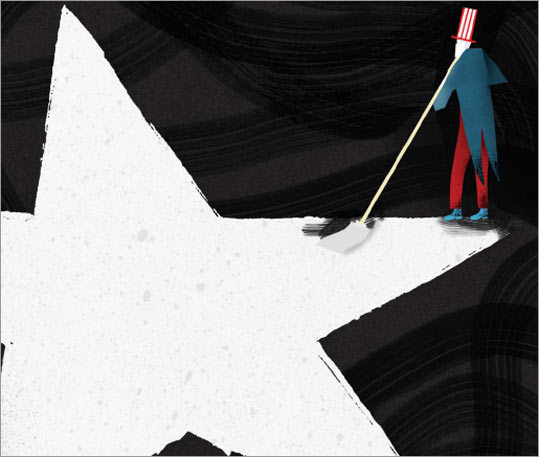 You see the evidence every day. If it’s not one thing, it’s another, and I’m fed up. I pay my tax dollars to fuel a bloated beast of incompetence, and its name is Government. Gosh darn it, the government can’t do anything right.

But look at the oil spill. That’s classic big-government meddling right there. Oil companies just want to do the right thing and spend lots of money on redundant safety equipment and extensive backup systems, because those are things that investors really care about. And for a long time, the Minerals Management Service kept its nose out of the business, except when it came time for cocaine parties and sex with oil company people. Now look what’s happened. In the current power-hungry government regulatory environment, BP was probably so busy conforming to nitpicking rules – you can’t put a rig on Myrtle Beach; hey, watch out for that bald eagle nest – that it had no extra resources to plan for worst-case scenarios. Last year, the company made only $14 billion, and functional blowout preventers aren’t cheap.

Now everyone wants to blame BP, just because it drilled the well and has a history of safety violations and has a CEO who said he wants his life back. I say that when Interior Secretary Ken Salazar points a finger at an oily pelican, three fingers point back to a feckless bureaucracy.

Evidence of government worthlessness and corruption abounds. Meanwhile, private industry is consistently a model of progress, innovation, and ethics in synch with the good of society. To name just one example, consider the National Football League – profitable, wholesome entertainment. Imagine if the government were involved with even a single football team. A government-affiliated enterprise wouldn’t look like the University of Alabama team that beat the University of Texas for the 2010 BCS championship, that’s for sure.

If you need further evidence of the uselessness of the government, take a look at the Big Dig. I mean, how delayed and over budget was that boondoggle? If only a few competent private companies had been involved – perhaps established firms like Bechtel and Parsons Brinckerhoff – then we wouldn’t have had leaks and collapsing ceiling panels. But you know the government. Just rife with incompetence.

Private companies and publicly held corporations are the engines of progress, and government exists only to undermine the innate spirit of innovation with stifling taxes and regulations. Competition, unfettered by government, naturally results in the best outcomes. Well, except for maybe Tyco, WorldCom, Enron, Bernie Madoff, Lehman Brothers, , AIG, Bear Stearns, Arthur Andersen, and one or two others. But do you think the government could have come up with important products you use every day, like the credit default swap and synthetic collateralized debt obligations? No way. All the government does is take your money and blow it on frivolous projects like schools and roads and fire departments and health care for the elderly and saving the financial system. That last one really burns my britches.

Here we have a perfectly fine system that takes care of itself, only melting down about once every eight years, and the government barges in. It’s so socialist. Private companies know best, so if they think it’s good to lose trillions and go out of business, then I’m sure that was just part of their long-term plan. But, of course, the government interfered, and now it wants to impose new rules that will stunt innovation. Think the Founding Fathers would have wanted transparency in derivatives trading? I bet Lenin would have loved to establish a consumer protection agency. I thought Scott Brown was OK until he showed his true colors as the kind of power-crazed politician who is occasionally in favor of the government doing things.

I’m not joking when I say I wouldn’t trust the bumbling, idiotic government to water my plants. But come to think of it, there is one thing that maybe it could handle: pulling someone over on suspicion of being an illegal immigrant. Yeah, it would definitely be really good at that.

Ezra Dyer is a writer in Quincy. Send comments to magazine@globe.com.