Elena Kagan and the Harvard stigma 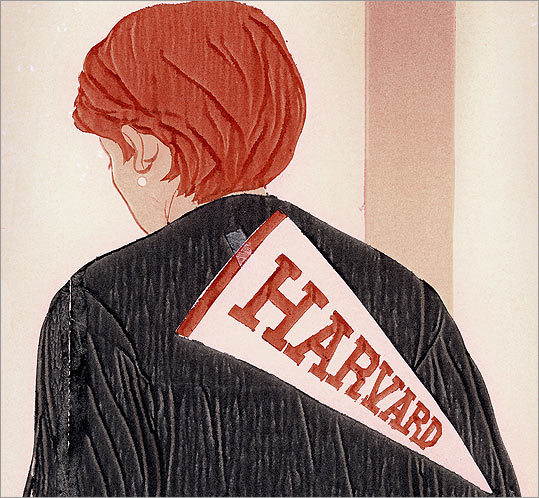 It’s a familiar ritual in a democracy: Before you’re appointed to a post, you get picked apart, and everything you’ve ever said is dissected. If you had the impertinence to have never said anything objectionable, you get criticized for that, too. But perhaps the strongest, and strangest, criticism launched against Elena Kagan, President Obama’s latest Supreme Court pick, is that she went to Harvard and ultimately became dean of Harvard Law School. Kagan’s confirmation hearing starts tomorrow. Critics assert that Kagan’s Harvard affiliation – and indeed that of so many in the Obama administration – symbolizes the takeover of the country by a cabal of out-of-touch liberal elitists.

“They have no clue how real Americans live,” asserts Rush Limbaugh.

“If it sometimes seems that the nation is governed by an elite liberal clique of college fraternity and sorority pals who are out of touch with average Americans, that’s because it’s largely true,” declares Michael Filozof of the website American Thinker.

Never mind that these critics did not exactly storm the White House when Ronald Reagan appointed Justices Antonin Scalia and Anthony Kennedy – both Harvard grads – or when George H.W. Bush appointed Justice David Souter, who attended both Harvard college and law school, a double whammy. What strikes me most about this line of attack is how heavily it relies on a lazy stereotype.

Sure, Harvard has its share of trust-fund kids. And between 10 to 15 percent of its undergraduates are “legacies” whose parents also went to the school. But 20 percent come from households that make $60,000 or less, which qualifies them to attend for free. Sixty percent are eligible for some form of financial aid. Harvard is rich so its students don’t have to be.

As a Harvard freshman, the very first outing I took with my roommates was to pick out a $25 couch at the Salvation Army. We carried it home over our heads like ants. None of us had ever owned a car. We bonded over our common frugality: Each winter break, whoever got back to campus first would return to the airport on the subway to help the others carry their luggage on the train, to save the $20 cab fare. While I certainly had wealthy friends, most of my friends were middle class.

Last month, I attended a wedding full of Harvard grads. The mother of the groom was a single mom who worked as a physician’s assistant. The best dancer was the son of a Philadelphia cabdriver; his family fled the Angolan civil war, and he learned English by listening to the radio. Years later, he graduated from both Harvard college and law school. A third friend, part of the wedding party, wrote his Harvard Law School admissions essay about how he spent two nights in jail after shoplifting earrings for his girlfriend. He couldn’t post bail because he was broke. The experience made him vow that if he ever found himself in court again, it would be as a lawyer and not a defendant.

To these men, Harvard was a ladder from one economic class to another. Many of my friends went off to earn big salaries at big firms. Others chose a different life. Roxbury Prep and Boston Prep, two excellent charter schools, were started by former classmates who found their calling as student volunteers at Phillips Brooks House, Harvard’s public service organization.

So, are these grads really more elitist than Limbaugh, whose grandfather was ambassador to India and whose uncle and cousin were appointed to the federal bench? Are they any further from the “real world” than Sekulow, who reportedly makes more than $600,000 a year and leases a private jet to play golf with donors?

The truth is, almost anyone nominated to the Supreme Court will, by definition, be part of an elite group. While it’s fair to argue that the court would benefit from justices who hail from institutions other than Harvard and Yale (nearly all the current ones do), it is disingenuous to suggest that any nominee would ever – or should ever – be “average.” In a country where 83 percent of all households earn less than $100,000 a year, most potential appointees to the court – and indeed most media pundits discussing this issue – are firmly ensconced in society’s top tier. But being elite isn’t the same as being elitist. Kagan’s critics ought to know the difference.

Farah Stockman, a Globe staff writer, graduated from Harvard in 1996. E-mail her at fstockman@globe.com.

Read more from this issue.
More Your Home: Green
Your comment is subject to the rules of our Posting Policy
This comment may appear on your public profile. Public Profile FAQ