Dick Evans, 66 and a Northampton lawyer, wrote S1801, an Act to Regulate and Tax the Cannabis Industry in Massachusetts, currently before the Legislature. 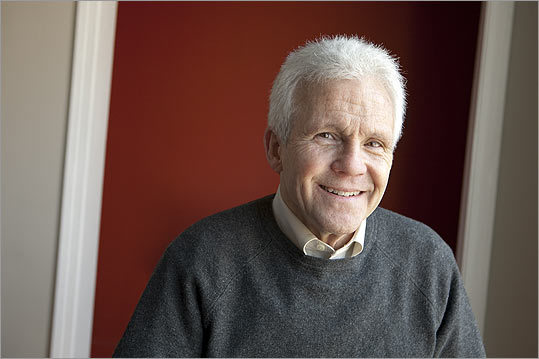 How would the cannabis industry be regulated, under your proposal? It’s modeled on the alcoholic beverage control law. The bill imposes rules and regulations on cultivation, processing, and distribution of marijuana, just as the government controls the manufacture, distribution, and sale of alcohol.

Why should we tax and regulate marijuana? Prohibition is the single most failed policy in our social fabric today. It’s irresponsible of us to perpetuate it, and it’s stupid of us to turn our back on the revenue prospects of a taxed and regulated market. Whether we like it or not, marijuana has become inextricably embedded in our culture.

The bill has a long history. I first wrote it almost 30 years ago. It was first introduced in 1981.

Does it really have a chance of passing soon? Yes, but it won’t come from the Legislature. It’ll come from the voters. I think the citizens of Massachusetts are ready for something like this and there is strong evidence for it: In November 2008, 65 percent of voters approved decriminalization initiative Question 2.

Some believe legalizing marijuana sends a bad message to children. Does it? One of the most insidious problems with prohibition is that it impedes good drug education for youngsters, because prohibition requires dishonesty.

What’s the potential economic impact of the bill? A study by professor Jeffrey Miron at Harvard estimated a savings in law enforcement of $120 million per year. Taxing and regulating marijuana could bring an estimated $500 million a year in tax revenue.

What do you think might happen with marijuana laws in Massachusetts this year? There’s a possibility the medical marijuana bill will be approved in the Legislature. I don’t expect anything else. However, depending on what happens in California and Washington this November, there may be an initiative on the Mass. ballot in 2012 to tax and regulate cannabis.