I’ve learned one secret to handling conflicts with your partner: Count to three. 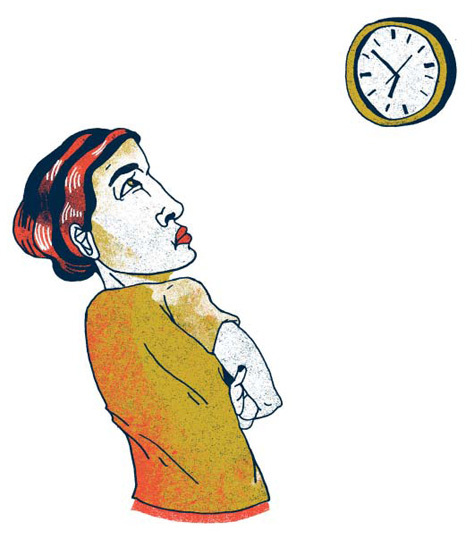 Before I met J, the man I married, I had a boyfriend who drove me nuts. He would provoke me with caustic comments and refuse to listen when I said they hurt. I would make harsher comments back. Our conflicts would escalate until one of us would storm out. Our final doozy occurred at a friend’s New Year’s Day party. The host asked us to smile for pictures. My beau made what I took as a derogatory remark about my looks. I could not smile. He put up his wall. I got my coat and left.

Our breakup, a blessing and an eye-opener, made me think about previous relationships and my role in their demise. I reacted strongly to barbs. To slights. To comments I perceived as mean. I grew up with an indifferent mother in a house where sarcasm reigned. Snide comments were tossed around about people and their looks. I heard a fair share about mine. My antennae tuned in more sharply to put-downs and criticism than they did to praise. As a child, I had no recourse. As an adult, I repeated what was familiar: I picked distant, belittling men.

Two years ago, I finally picked “great.” J’s generosity of spirit and wisdom were apparent on our first date. When I asked what he excelled in as a real estate developer, he said, “Seeing the big picture and not getting stuck on the way.” I was ready to “not get stuck” anymore. I was ready for J.

Four months into our relationship, I was invited to come alone to a wedding. The bride’s mother told me that the only people bringing guests had been living together at least six months or were engaged. “We’ll be both soon,” I said. She bent her rule.

The morning of the wedding over breakfast at a diner, J tossed out an insensitive remark about a member of my family. I reacted. He apologized, but I went on and on.

“Do you want me to go to the wedding?” he asked.

I shrugged. He went to his apartment. I went to mine. I called my friend Sally, a therapist, for solace and advice.

“Tell him remarks about each other’s family are no-nos,” she said.

“You admit he was wrong?”

“Yeah, but so what? His remark was stupid, not vicious. Bob and I make stupid remarks to each other all the time.”

“How do you handle Bob’s stupidity?”

“With the three-second rule.” She explained that she counted to three instead of reacting. Bob did the same. “When something really gets under our skin, we discuss it calmly.”

I called J to say I would like him to accompany me. When he arrived wearing his navy suit and adorable smile, I began to thaw. On the walk to the wedding, we barely spoke. Our silence was OK. Later, our first time cutting a rug, he looked sexy dancing fast ones. We moved together to the music as if we had been partners for years. Words play an important part in my life, but when it comes to men and women, it runs deeper than words. As he held me close for the slow ones, it was better than OK.

Off the dance floor, through our courtship, and married now, I practice the three-second rule, moving past old feelings when they are triggered, trying not to get stuck. “Hysterical is historical,” Sally likes to say. J and I repair misunderstandings when they arise. No point in carrying on. At 60-plus, we don’t have the energy or desire to waste our precious time.

We occasionally slip. My buttons get pressed. It happened a few Sundays ago. On our way to brunch, J made a snippy comment that hit below the belt. I counted to three. I still felt the punch. Quietly, directly, and in that moment, I expressed my discomfort. He listened and apologized. I accepted, but wanted time alone. I went to the college library where I teach and wrote until closing time, when I walked home.

From the street, I noticed our second-floor apartment was dark. A pit formed in my stomach. Why hadn’t J come home? When I unlocked the door, I heard him putting up our new bathroom shelf. His eyes lit up when he saw me. The pit in my stomach disappeared.

“Anything more you want to say?” he asked.

I pointed to the shelf. “It looks great. Exactly what we need.”

Then I put on classic Sinatra and we danced to our favorite slow ones.

Nancy Davidoff Kelton is the author of six books, including Writing From Personal Experience. Send comments to coupling@globe.com.

Story ideas: Send yours to coupling@globe.com. Please note: We do not respond to ideas we will not pursue.