Let’s get this out of the way: He is not Mr. Warm-and-Fuzzy.

Robert Lappin is a boss whose employees, even if they’ve worked for him for decades, even if they’ve advanced to senior posts in his company, would never presume to address him as anything except Mr. Lappin. His preferred method of communicating with the rank and file during a crisis is not an inspiring speech or an encouraging pat on the back, but rather a stream of matter-of-fact memos.

At 87, he continues his tight hold on the reins of his Salem real estate and financial management companies, even during the winter months, when he uses a fax machine and daily deliveries to run his operation from his snowbird perch in Palm Beach. He is, in the words of one admirer, “a man who likes to be the one to put the mustard on every hot dog.” While he can be charming and unpretentious -- he dresses casually and wears his white hair pulled back in a ponytail -- he also carries himself in a way that suggests he is unaccustomed to being challenged.

But none of that has anything to do with why we single him out for distinction now. We do it because in the past year, Robert Lappin faced a test of moral character that was of enormous consequence to his employees. And, against the advice of his lawyers, in a departure from current-day business practices, and at considerable cost to his family fortune, he did the right thing. Mr. Lappin passed a test many others would have preferred to fail.

Lappin’s father was born in Belarus, grew up in Jerusalem, and moved to Salem as a young man, making his living as a peddler. He managed to amass a good-sized savings, which he kept under a mattress and which went up in smoke, along with the mattress and a good portion of the downtown, in the Great Salem Fire of 1914. By the time Robert was born in 1922, his father had rebuilt his savings and begun buying apartment buildings. When Robert was around 13, he assumed the task of collecting weekly rents from tenants whenever his father was too ill to do it himself. Since this was the Depression, it was often an excruciating task, with tenants apologetically informing the boy that they had no money to give him. From his father, he learned compassion, fairness, and negotiation. If they couldn’t pay the full amount, could they pay half? Would they be able to pay next week? As far as he knows, his father never evicted a single tenant.

It was the woman who manages his investments company back in Salem. “Mr. Lappin,” she said anxiously, “Madoff has been arrested. He confessed that his operation was a Ponzi scheme.”

Lappin could feel the blood draining from his head. “Are you sure?” he asked.

Across his career, Lappin had seen fabulous success. He had re-conceived and expanded a small manufacturing business his father-in-law had started, then sold it for a bundle. He then converted a dilapidated Salem mill into the thriving Shetland Park, which features 1.5 million square feet of waterfront office and industrial space. He built and bankrolled two charitable foundations dedicated to Jewish causes, including reversing the trend of intermarriage and assimilation among American Jews.

Even after passing on much of his wealth to his three children and six grandchildren, he still had, prior to that fateful call last December, a personal net worth that he estimated to be around $20 million. Nonetheless, he prized his frugality, continuing to drive a 1988 Mercedes and keeping a pitcher of tap water under his desk rather than paying for bottled water.

After he got off the phone, he started to do the painful calculations. He had five accounts managed in whole or in part by Bernard Madoff, one for his employees 401(k) plan, two for his charitable foundations, and two for limited partnership funds that held much of his and his children’s money. As of his last statement, Madoff was managing $83 million for him across those five funds. Over the years, he had directed more and more money to Madoff because he bought into the financier’s approach, which was supposed to protect the downside by sacrificing some upside. Madoff produced annual returns for him that ranged from 10 to 21 percent, whereas some of the hedge funds Lappin invested in delivered returns ranging from a 96 percent gain to a 30 percent drop.

Like his father, Lappin had seen his (far more considerable) fortune vanish overnight.

All of the money in his charitable funds was gone, as well as most of one of the two family funds. Workers everywhere saw their 401(k) holdings drop last year, but the 60 or so employees and former employees enrolled in Lappin’s company 401(k) were now staring at a balance of zero. Earlier that year, Lappin had resisted suggestions to diversify the 401(k) fund. But he had done this in keeping with the spirit of his role as father of the family company, like one of those benevolent if somewhat distant mill owners from a previous century. He cared deeply about the well-being of his employees, and he wanted them to maximize their retirement savings. He was aware of no other investment opportunities that could match the consistent yet seemingly secure returns his employees were used to seeing in their statements from Madoff. So there the funds had stayed.

Now they were gone.

Lappin first broke the news to his wife, Mimi, telling her to sit on the side of the bed in their suite. Then he called his younger son, Peter, and told him he was determined to do right by his employees. Peter pledged his full support, financial and otherwise, and his siblings, Andy and Nancy, soon did the same. Their support was crucial, since it would take some of their assets to make things right.

Back in Salem, his employees were devastated, having lost all their retirement savings and now fearing they would lose their jobs as well. Lappin scrapped his snowbird season and returned to his home in Swampscott. He would end up logging far more time at his office in Salem, where he keeps a chin-up bar in the doorway for his daily exercise regimen.

Ultimately, it took more than six months of paperwork, legal wrangling, and forensic accounting before Lappin could make good on his promise and put money back into his employees’ retirement accounts. They didn’t get the full amount that Madoff’s phony statements had promised, but rather the sum of all their contributions and company matches over the years as well as the industry average gains as calculated by the Lipper Balanced Fund Index. This solution was, true to Lappin’s approach, eminently fair. It cost $5,145,882.32. If his company were a public one, that cost would have been borne by shareholders. In Lappin’s case, it came out of the family wallet. He estimates that his personal net worth is now around $2 million, or one-10th of what he believed it to be a year ago.

Yet he remains upbeat. It was a test of moral character, and he had passed it. And, says Mr. Lappin, “I feel very good about that.”

Neil Swidey is a staff writer for the Globe Magazine. E-mail him at swidey@globe.com. 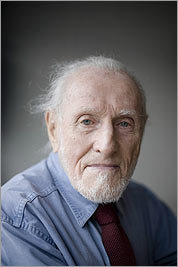