What does consuming have to do with happiness? In his new course at Amherst College, economics professor Daniel P. Barbezat asks students to contemplate the meaning of well-being.

What are you trying to achieve in Consumption and the Pursuit of Happiness? The course aims to open students' eyes to the link between well-being and consumption and how government policies and economic conditions can impact that well-being. I hope they'll begin to be mindful of what, indeed, provides them with a stable, viable sense of well-being.

You designed the course with help from a fellowship from the Center for Contemplative Mind in Society. What are they interested in learning? They're interested in bringing contemplative practices into pedagogy and into the workplace -- and in how one's own awareness of what's happening to oneself can be used in courses to deepen and extend the material. For example, I had students close their eyes and sit with a sense of satisfaction. Then they sat with a sense of happiness and talked about how those were different. When they hit the literature and saw those two different things, they could remember their own experiences.

How do you define happiness? In my class, happiness seems different from overall well-being or satisfaction with life. Happiness seems temporal. You can be satisfied without being happy. If you're satisfied for a long period of time, your happiness is likely. I'm using "well-being" as a catch phrase for words like "satisfaction."

What role did consumption and the pursuit of happiness play in today's economic crisis? A very large role was played by people not being forward-looking. Certainly, on the extreme end, mortgage companies that defrauded by lying about people's income in order to provide loans played a role. But people forgot that things like hard work and thrift are what builds wealth over time.

Does consuming more make us happier? It's more about whether or not you are mindful around what consumption actually does for you. There are certain things you consume that are unbelievably pleasant and other things that don't really mean that much and that you do out of convenience or habit. I'm not saying let's eliminate consumption, but to slow down and understand its effects on you.

How much influence do the Joneses have on our consumption and our happiness? There is a lot of evidence that the Joneses matter. When they do better than you're doing, that can have a detrimental effect on your well-being. If your happiness sits over at the Joneses, and they have to do worse than you, then you're probably in trouble, because you've handed over control to them.

Do you think your students are aware of their consumption? They've been acculturated to being cautious about stating how materialistic they are. But I think many of them are really getting the sense that just getting more stuff doesn't mean they'll be happier.

What kinds of meditative exercises do you do in the class? I recently had students close their eyes, select someone in class at random, and wish them well. They reported that felt good to them -- it was easy. Then I asked them to wish themselves well. They reported difficulty with that. We talked about that and looked for explanations.

We've been in a period of restrained spending. Will we end up happier? There's a lot of opportunity for people to be stepping back and seeing what really matters. 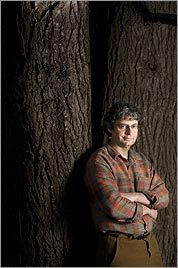 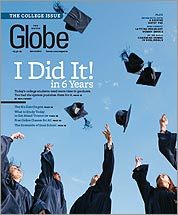