Power to the People? Not Always

Some things are best left to undemocratic bodies 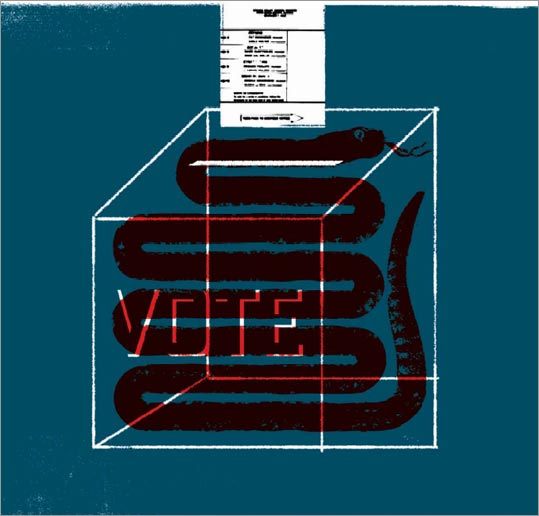 Boston mayoral aspirant Sam Yoon learned that lesson recently. Outlining some ideas in his campaign announcement, Yoon said, "We need to talk about what it would mean to go back to an elected School Committee." From the reaction, you'd have thought Yoon had said he enjoyed abusing puppies. Both daily papers here thundered their disapproval. "Astonishing ignorance," editorialized the Herald. "Bury this bad idea," added the Globe. Yoon, stung and seemingly chastened, quickly backtracked, offering a mealy-mouthed explanation that he didn't really support an elected committee but that it should be "part of the discussion" -- whatever that means.

But really, what's so bad about electing school committees? Many cities and towns in Massachusetts do so, and they're popular around the country as well. Not in Boston, however. City residents used to elect their School Committee, but in 1992, Mayor Ray Flynn spearheaded an effort to take that power away from voters and put it in the hands of the mayor. That appointed School Committee -- now just seven members instead of its original 13 -- survived a referendum in 1996. The whole thing seemed settled, until Yoon (or at least Yoon, Version I) saw fit to challenge it.

The reason given then, and now, for abolishing the elected committee is that its members behaved, not surprisingly, like politicians. Observers compared them to the Three Stooges. Meetings were often off-point, some members were corrupt, education took a back seat to patronage, and the budget mostly ran at a deficit.

That certainly sounds terrible, until one considers that many of the same charges could be made against any elected body. Congress runs massive deficits, the last three speakers of the Massachusetts House have resigned under ethical clouds, and much of the agenda of the City Council is preoccupied with trivia. In fact, elected bodies at all levels are filled with members who are buffoonish, incompetent, and far more concerned with the perks of power than the public weal. So why not abolish them all? At least we'd save money on elections.

Perhaps we should. Here's the thing Yoon missed: We're not really the democratic nation we fancy ourselves to be. We often don't trust ourselves as voters, and we certainly don't trust the politicians we elect. Winston Churchill said, "Democracy is the worst form of government, except all those other forms," but he was only partly right. Results matter. Many times, democracy produces bad results, and when that happens, we are readily willing to get rid of it.

It's been this way from the very first. The US and Massachusetts Constitutions both are designed with mechanisms to thwart the will of voters. Take the judiciary, for example. Justices are appointed. Voters can't oust them, no matter how much they disagree with their decisions. And judges understand that one of their intended roles is to sometimes countermand the will of the majority. That happens most obviously in the case of civil rights. The Supreme Court abolished segregation even when the clear majority of those living in Jim Crow states favored the system. The Massachusetts Supreme Judicial Court approved same-sex marriage, again despite the clear wishes of a majority at the time.

Anti-democratic? Absolutely. And if you're black or gay (or, for that matter, a female, immigrant, dissident, member of an unpopular religion, and so on), you're probably quite happy to see democracy trumped.

But our anti-democratic impulse goes well beyond issues of civil rights. The basic functioning of the US economy is controlled by the Federal Reserve Board. No one elects its members, and, indeed, because terms are staggered, even the president has limited influence. Closer to home, our state government is loaded with

anti-democratic independent public authorities (Mass. Pike, Massport, and the like).

The logic for Boston's appointed School Committee is really the same one that underlies the creation of all these anti-democratic institutions. The existing system wasn't working. The messes of politics -- the compromises, the short-term thinking, the need to please constituents, the lack of accountability, and the battles for election -- were interfering with getting the job done. That may offend our cherished democratic sensibilities, but those who care about educating a kid couldn't care less.