Call It a Comeback

with women's pro soccer ready to strike with a new league, Boston Breakers head coach Tony DiCicco, 60, believes that, this time, failure is not an option. 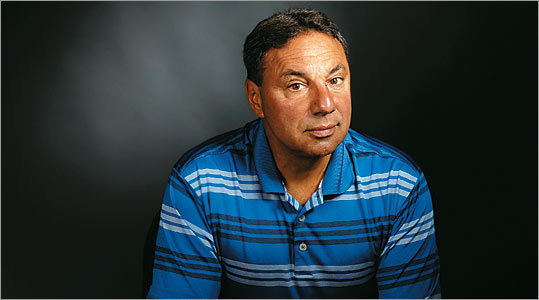 You've devoted your career almost exclusively to coaching women's soccer (most notably, the 1999 women's national team), and this spring you'll coach the Boston Breakers. Women generally play by the same rules on the field, but do men and women respond differently to coaching?

Guys are kind of blunt instruments. Guys don't even have to like each other that much and they'll be fine on the field. With women, that isn't going to work. Their relationships are so important that if you don't have them as a unit off the field, it's hard to get the maximum out of them on the field.

So you had to be a quick study in sport psychology?

If I say to the team something like, "Our fitness needs to get to the next level," they will all take that as "Oh, my God, he's talking to me." Guys would be going, "Yeah, that's right. I'm the only fit one here."

How do you stay in shape to keep up with all these fit women that you're coaching?

They inspire you. One of my players has this 13-minute ab thing, which is murder. I got to about eight minutes of it.

Can you score against your goalkeepers?

Yes, if we'd blindfold 'em, I'd probably have a pretty good chance.

You served as commissioner of the WUSA, which folded in 2003. What did you learn?

Everything from sponsorship to marketing to the competition side to creating a fan-friendly festive environment for games to trying to get butts in seats. We did a lot of things right, but we made a lot of mistakes as well.

We spent too much money. The business plan was never right. But from an entertainment level, from a competitive level, from a player-development level, every team in three years made the playoffs; it was a different champion in every year; there were very few lopsided scores.

Is that why you think the new league will make it?

Yes. And American women soccer players play sports the way Americans think sports should be played: with tremendous commitment, with fitness, with finding ways to win fairly. Plus, they have this girl-next-door-type demographics.

The Breakers will be the only professional women's sport team in Massachusetts. Do you think Boston will take to an all-female team?

Boston was very close to making money last time. I think we can replicate what we did last time and average around 7,000 fans. I think business plans have a goal of 4,000, 5,000.

How many of the fans were screaming tweens?

It was great family entertainment. It wasn't incredibly expensive. It was easy. It was fun. I still think that is the core demographic.

Your youngest son, now 17, was 4 when you were preparing for the Olympics. Did growing up around the national team affect him?

He was at practice with me one day and Mia Hamm was injured, so she could not participate. Mia sat in the van with him and read him a book.

So she became his favorite player.

Of course. A year or two later, somebody asks him who his favorite player is, and he went, "Well, it's Mia Hamm, but now everybody's copied me." I think that's happened for this whole generation, where boys have looked at these girls and been able to use them as role models.