In town to launch her latest tour, '80s pop icon Cyndi Lauper gets serious about the presidential campaign, her gay fans, and why she sings her biggest hits time after time. 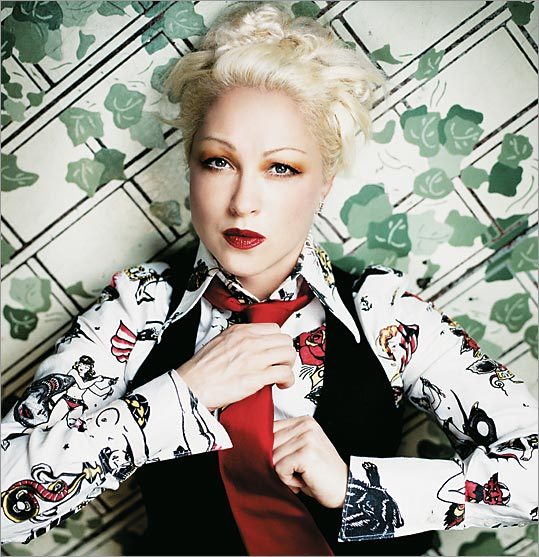 Why did you decide to kick off the second True Colors tour in Boston [Saturday at the Pavilion]?

Boston is where my first record broke. It's always been a fun town for me.

Since you're promoting voter registration at every concert, I've got to ask, who do you prefer?

I won't publicly support anyone. That's not right. I think it's important for us all to vote, and to vote for what you need and the country needs. Voting is really about empowerment.

Empowerment of the gay community is also a passion of yours.

I've always worked within the community. I'm an extended family member - my sister and many friends are part of the community. We are all important, that's the message.

"Equality for all, not just for some" seems to be your battle cry for the Human Rights Campaign [which supports gay rights and is a sponsor of True Colors]. Will we ever see the day when that comes true?

I hope so. If you say "everybody's equal" but single out one group and say "except you guys over there," you never know when you'll be in the next group singled out - you know, anybody in a plaid shirt. That's how it starts. I grew up in the '60s, when music opened the minds of people. I think it can help change things again and that's exciting. I come from a generation where rock 'n' roll changed the world!

That probably explains why you like John Lennon songs.

There was someone who wrote music that opened people's minds about different ideas - the power of music.

Is it harder to write music as you get older?

Absolutely not. I have more to write about and have refocused myself. I don't want to write the same sort of songs all the time.

Are there any songs you're sick of singing?

I sing what I like. That's what's good about being your own boss. But I like to sing certain old songs that mean so much to so many people. I don't always do them the same; I do them in ways that make them fresh for me.

What does your 11-year-old son think about your moves?

He came backstage to see me once and said, "Mom, you rock!" I thought that was pretty cool.

How do other parents react to you at school events?

Sometimes when I'm at a hockey game sitting with the other moms, people stop and stare at me up in the bleachers. The other moms go, "My God, does that happen all the time?" But I don't mind. You are who you are.