Saving a Life in 14 Minutes

One very lucky patient - as lucky as you can be while you're having a heart attack - gets treated so quickly that a hospital record is broken. This is how the healthcare system is supposed to work. 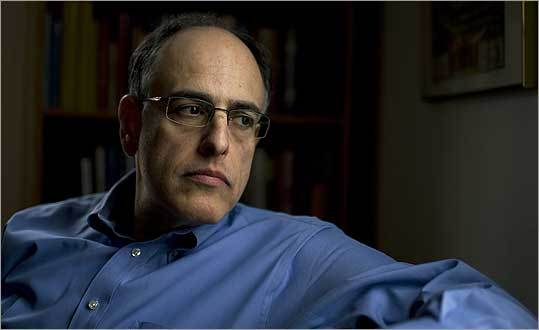 AT 8:15 A.M. ON FRIday, December 21, 2007, Mark Rosen, a 54-year-old Brandeis University research scientist, stepped out of the shower and sat down heavily. His nausea was worsening; pain clenched his chest. Fifteen minutes had elapsed since he'd first felt weak while shoveling snow. In four days, he was to depart on a trip to Israel to visit his stepdaughter. Now, alone in his house, he felt a gathering sense of dread.

Rosen was in the early throes of a heart attack - one characterized by the total blockage of an artery serving the heart muscle. Such attacks strike 400,000 Americans each year, according to the American Heart Association. To save the lives of these patients, cardiologists can administer clot-busting drugs or use a balloon catheter; a stent is then inserted to keep the artery open. But improving heart-attack care these days has less to do with improving these now-routine procedures than with improving medical access and cutting delays. Some 30 percent of US victims never receive either treatment, according to American Heart Association data, and of those who receive the catheterization, only 40 percent get it within 90 minutes of arriving at the hospital.

Cardiologists say that time is muscle. Too often, irreparable damage or even death results while victims wait to summon help or have a family member drive them to the hospital. Once at the hospital, victims may sit in busy emergency rooms while doctors sort out symptoms or await a cardiologist's opinion. And while Greater Boston is a medical mecca, it is also a fragmented one, served by myriad emergency responders and a constellation of community and teaching hospitals.

Rosen was about to put Boston's medical firmament to the test. But his first challenge was overcoming his own sense of denial. He had staggered into the bedroom to lie down, "hoping it wasn't a heart attack," he says. But he roused himself and grabbed the phone. His first call was to his wife: "Come home. I think I'm having a heart attack," he gasped and hung up without waiting for a response. Then he dialed 911, triggering a remarkable race toward a Brigham and Women's Hospital record: a 14-minute "door-to-balloon" time - the gap between his arrival and the blocked artery being opened and blood flow being restored to his heart.

8:31 a.m.
Emergency tones blare at the Newton fire station on Willow Street as John Domenicis and Kevin Binnall - both paramedics with American Medical Response - hop into an ambulance for the half-mile trip to Rosen's house moments after his 911 call.

8:34 a.m.
Meeting Rosen at the front door, "Kevin and I recognized his heart attack immediately," says Domenicis, whose father died of a massive heart attack at age 42. "He was very sweaty and pale. He looked like he was in extreme anguish." Domenicis feeds Rosen four chewable baby aspirin - aspirin is known to reduce clotting and increase heart-attack survival rates - while Binnall attaches electrocardiogram sensors to Rosen's chest. The EKG immediately shows signs of a heart attack. They strap him into a stretcher.

8:42 a.m.
Still in his bathrobe, Rosen is wheeled into the ambulance. In the ambulance bay, the paramedics perform a second EKG to hone in on the site of the attack. As Rosen's pain intensifies, they insert IVs and give him morphine and fluids. Recognizing that Rosen's heart attack probably warrants immediate catheterization, the paramedics choose Brigham and Women's, because it is among the closest hospitals equipped with cath labs.

8:50 a.m.
In radio transmissions routed through Central Emergency Medical Dispatch at Boston's police headquarters, the Brigham's emergency department receives word: "Expect seven-minute time of arrival with positive STEMI," shorthand for "ST-Segment Elevation Myocardial Infarction," the very serious heart attack striking Rosen. At the Brigham, a "Code STEMI" is activated. In the previous year, in line with an American Heart Association initiative, the hospital had been aggressively tightening its "door-to-balloon" time. Every ER patient with symptoms "between the bellybutton and chin" now gets an EKG, says the director of the catheterization lab, Fred Resnic. And when a heart attack is diagnosed by an emergency room doctor - or called in by paramedics - the cath lab is activated. We have "a very regimented approach," Resnic says. "It's very much like a pit crew in a race."

8:57 a.m.
As the ambulance pulls up to the ER, several members of the catheterization team are waiting, including Mark Krichavsky, a cardiology fellow and one of several doctors who will treat Rosen.

9:01 a.m.
Rosen is wheeled through the hospital's doors. Domenicis hands Krichavsky the pair of EKG printouts, and Rosen bypasses the emergency department.

9:08 a.m.
Rosen arrives at the ground-floor cath lab, which has five beds for catheterization procedures and a group of five surgical bays with a central command post buzzing with technicians, nurses, and cardiologists. Waiting technicians rapidly prep Rosen for surgery.

9:09 a.m.
After donning a leaded vest, leaded skirt, and leaded eyewear to protect him from X-ray radiation, cardiologist Pinak Shah punctures the right femoral artery in Rosen's groin, inserts a balloon catheter, and snakes it up to Rosen's heart.

9:13 a.m.
While watching Rosen's heart and the progress of the catheter on an X-ray image, Shah injects a dye containing iodine that, seen by the X-ray system, illuminates the flow of blood through the network of arteries in Rosen's heart. He immediately sees that the left anterior descending artery, a major vessel that nourishes the front wall of the heart, is completely blocked.

9:15 a.m.
Shah inflates the balloon catheter in the afflicted artery, restoring blood flow. The doctors note that a mere 14 minutes has elapsed since Rosen was wheeled into the hospital, a house record. With Rosen stable, Shah and his team inflate the balloon catheter at another blockage in the artery and insert and expand two stents to keep the artery clear.

Mark Rosen was discharged three days later, and though he never made it to Israel, his heart function is indistinguishable from that of a normal organ, something Dr. Pinak Shah attributes to the rapid response to his heart attack. Many hospitals are working on streamlining their processes in similar fashion. Improving outcomes for heart-attack victims "has less to do with the magic of doing treatment than with a systems approach of trying to get it done consistently," Dr. Fred Resnic says. Average "door-to-balloon" time at the Brigham has dropped to 58 minutes from 84 minutes in the past two years. At this writing, Rosen still holds the hospital record.