Super Tales from the City

From urban angels to strange connections to priceless moments only destiny could design, we've heard from thousands of you since launching our "Tales From the City" column four years ago. Unfortunately, we can't run them all. But we just had to make extra room for these.

Last October, after spending time with my father, who had just had emergency surgery, my mother and I were leaving Mass. General and returning to the North Shore. I had made multiple trips to the hospital in the previous days, encountering heavy traffic each time. That beautiful fall afternoon I thought we had left before the heavy traffic, but we were bumper to bumper before we even reached Storrow Drive. Exhausted and almost in tears, I began to complain loudly about being stuck in traffic yet again. The two men in the pickup truck next to me must have heard every word through the open windows. They interrupted my tirade, suggesting politely that I move ahead of them in their lane. It brightened our day and kept us laughing the whole way home.

Last November, traveling from Newton, I was supposed to meet a friend for dinner in Cambridge, but I-95 traffic was clogged, and my cellphone died as I was calling to say I would be late. I waved frantically at the car inching along next to me. The driver rolled down his window. "Do you have a cellphone?" I called miserably across the rain. "Can you call this number and say that I'll be late?" The driver gave me a big smile and made the call. He even held the phone out as far as his hand could reach so my friend could hear my apologies. His name was Sam, and his kindness transformed an excruciating traffic jam into a moment of human connection.

The Monday after Thanksgiving, I was moving out of my condo in Cambridge. It was a big move, and I was a bit overwhelmed. In the whirlwind of the movers' arrival, I had forgotten to secure my two dogs and suddenly realized they had left. Frantically, I ran outside, called my Lab, and he came lumbering back. Fenway, my goldendoodle, was nowhere to be found. I called and called, and began a block-by-block search. No sign of Fenway anywhere. I had just grabbed my keys to search for her by car when I saw a young woman leading her back toward my house. She said she recognized my dog at Mass. Ave. (10 blocks away!) and guessed that she had run away. The woman looked familiar, but I didn't know her name. I asked if her good deed had made her late for work, and she said she had planned to go in late anyway. I thanked her profusely but forgot to get her name or address to thank her properly. In a way, I'm glad. I would like to think that she was an angel whom I can always remember from my former beloved neighborhood.

A Little Says a Lot

My pace along Charles Street one early evening last November was much too brisk, so I missed the introduction, context, or reactions to this snippet spoken by a very pretty boomer in tight-fitting jeans as she appeared to happen upon an acquaintance. She was being introduced by the man to his son, who looked to be about 5, and said: "Richard - what a lovely name. Two of my husbands were named Richard."

While working at Cedar Junction (the state prison in Walpole) in the late '90s, we were told not to converse with the prisoners. But trusties, prisoners nearing their release, were allowed to do janitorial work in the office. I had been on vacation and when I returned, a trusty came over to me and asked if I was OK. He thought I was out sick. I said I was fine. "I want to say goodbye to you," he said, "because I am being released tomorrow." He added: "I am not coming back this time. I now have some schooling, and I learned to say 'Stick 'em up' in three languages." I almost fell off my chair laughing.

Recently, my wife and I went shopping at in Wareham. After an hour, we met up as planned near the registers, but Linda really had to go to the ladies' room. "You go ahead, and I'll check out," I said. I got in line, and the clerk worked very efficiently on the items my wife had dropped in the basket, but when he came to a pair of gloves with no price tag, he asked if I knew how much they were marked. "My wife picked them out, and now she's in the ladies' room, but I'm sure they were on sale," I said. "I doubt they were more than $2.99." Rather than make eye contact, he looked at his line, which was now getting longer. He found a way to bypass the computer system and rang the gloves up for the $2.99. I met my wife by the exit. "I talked the clerk into only charging you $2.99 for the gloves," I said. "They weren't marked." She looked in the basket, then at me, and said, "Those were the gloves that I wore here. You just paid Wal-Mart $2.99 for gloves that I already owned!" After 36 years of marriage, she just gets harder and harder to please.

In the big snowstorm of December 13, my car died in Lexington - no engine, no heat, no lights. I was in the midst of a huge traffic jam and was blocking traffic. I realized quickly that I had to get out of my car and tell the drivers behind me to go around. The woman behind me rolled down her window as I approached. I told her what was happening. Immediately she asked with much concern whether I had a cellphone, would I be warm enough, etc. Then she asked: "Do you have any chocolate?

I have some right here if you need any." I just broke up laughing, and we both agreed that that was really the most important question. After that, I knew all would be well.

In early January, I walked toward Coolidge Corner as rush-hour car and pedestrian traffic bustled along. I drew a lot of smiles, perhaps because I was carrying a gift I'd just bought for my wife - a 5-foot-tall stuffed giraffe. After enough attention, I decided to duck the packed corner of Harvard and Beacon streets. I cut between the Coolidge Corner Theatre and a , and seeing the alley empty, tried to sneak through unobtrusively. As I passed the theater entrance, a crackling voice boomed from the speaker in the box-office window: "Nice giraffe!" Indeed. My wife thought so, too.

This Tale ran in our December 2 issue. We're running it again because of a response we received shortly after.

A Flat Tire, and a Rainy Day Friend

I was driving eastbound on Route 9 in Newton when I hit a deep pothole, ruining my right front tire. I pulled off the road in front of the Atrium Mall and went inside. A young employee at one of the businesses said, "I'll change your tire!" It was raining, but he came out, and in 20 minutes I was on my way. His name was Tommy, and he was from Atlanta. His mother raised a good son.

I am the "Rainy Day Friend" in your December 2, 2007, issue. I am a recent veteran of the United States Navy, and I'm writing to thank Helayne Kaplan. I don't help people for the recognition, but this mention gives me a shred of hope that people do appreciate when someone is helping them. I work at the at the Atrium Mall. It's my second job. I got out of the Navy in 2004, and I got a job at Children's Hospital in 2005. I used part of my GI Bill to go to school in 2005. I got robbed in Dorchester, where I lived, and I had to use my GI Bill money to move to Coolidge Corner. It took me from 2006 up until a few weeks ago to pay Boston University back the money I used to move to Brookline, where it's safer. I don't qualify for financial aid, which pretty much forces me to work two and three jobs.

My point is, had I not gone through what I had gone through with the GI Bill and the robbery in Dorchester and everything, I would not have been there to change Ms. Kaplan's tire. I guess, in the end, everything happens for the best. 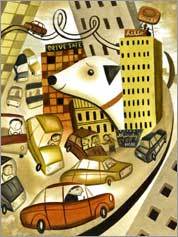 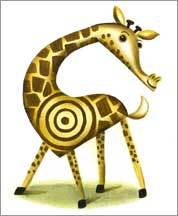