Doctors are increasingly tagging along on international adoption trips, and they sometimes face a difficult task: how to present a baby's mysterious or negative health information without scaring off prospective parents. 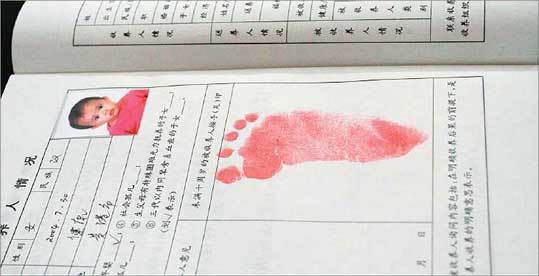 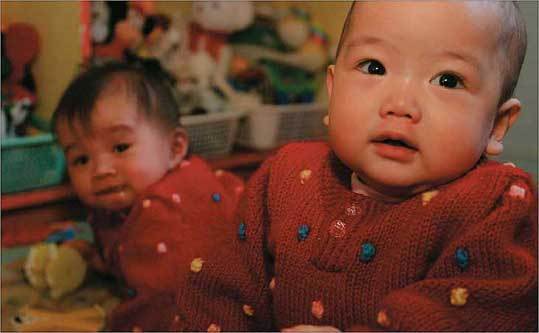 In the last 15 years, the number of overseas adoptions occurring annually in the United States has roughly tripled and, in that same period, the number of adoptions from China has spiked more than a hundredfold, rising from just 61 in 1992 to 6,491 in 2006. Nowadays, adoption agencies like Brookline's China Adoption With Love Inc. routinely lead large groups of parents to China to pick up their new children. A little-known twist on this phenomenon is that some organizations, like CAWLI, are now arranging for pediatricians to accompany prospective parents on these trips.

The doctors help families deal with routine health problems like earaches and rashes, as well as determine whether any of the babies show signs of more serious medical conditions - the sorts of conditions that might give some parents pause about continuing with their adoptions.

"There is no question at all that there is a rise in the number of international adoption agencies that are sending doctors with their clients," says Adam Pertman, executive director of the New York-based Evan B. Donaldson Adoption Institute and the author of Adoption Nation. "Nobody used to do that."

Generally, the doctors who go on these trips are volunteers and, for the most part, the medical issues they deal with are not serious. This is especially true in China, where government officials typically screen their orphans carefully, allowing parents to know with relative certainty that they are getting healthy children. But it doesn't always work perfectly.

Kathleen and Martin, a couple from the outskirts of Boston who asked that their last name not be used, had quite an ordeal when they traveled to China with CAWLI. "I thought my baby had died," explains Kathleen about an episode in their Chinese hotel room. "She cried and then never breathed in. She turned purple, then literally blue, and then she urinated and defecated, and went gray, and I thought she had literally died right there on the bed while I was changing her diaper. It was a terrifying moment and all I could think as I ran out the hotel room was - Somebody call 911! - but, of course, that wouldn't have worked because we were in China."

Fortunately, Kathleen and Martin had pediatrician Dr. Marvin Wasser of Cranston, Rhode Island, at their disposal. Wasser was relaxing in his hotel room when he first learned about Laurel's breathing problem. "They just deposited her on the bed where I was watching TV. The baby was limp but breathing." Immediately, Wasser began to massage the baby's chest and was ready to perform CPR, but before he could begin, the baby perked up, opened her eyes, and started moving again. Kathleen and Martin were extremely panicked and wanted to know what exactly was wrong with Laurel. The pediatrician was in an unenviable situation. He had to give an assessment of the baby's health without the aid of blood tests, CAT scans, expert consultations, or any knowledge about the medical history of the child or her biological parents. Nonetheless, Wasser speculated that Laurel was suffering from involuntary breath-holding spells.

"I told them some children hold their breath in this manner and, otherwise, Laurel had a completely normal neurological exam and she recovered quickly after her episodes - so it didn't appear to be epilepsy. I was hoping it wouldn't happen too often or again."

Unfortunately, the baby's fits - which greatly resembled seizures - continued several times a day. Officials at CAWLI eventually offered Kathleen and Martin the possibility of receiving another adoptee and, in this particular instance, they promised that Laurel would be assigned to another family that had indicated a desire to care for a "special needs" child. CAWLI only intervenes in this manner when it fears that parents may not be prepared or equipped to care for such a child and, as it turns out, it is extremely rare that parents decide to back out. As Wasser recalls: "The parents had been given this photograph of Laurel months before, so they had bonded with her from the beginning, and their feeling was: This is our child and if she has a medical problem, then we will deal with it just as if she were our birth child."

Weeks later in Massachusetts, Kathleen and Martin learned that Laurel had a seizure disorder. Laurel was immediately put on anti-seizure medication and, since then, she has had just one seizure in the past two years. Looking back, the decision to keep Laurel was the only thing to do, says Kathleen. "I know some people who, for very legitimate reasons, have not taken home a child," she says, "And those people are heartbroken to this day. Not a day goes by without them thinking about the child and wondering what happened to him or her."

On some level, Wasser's calm demeanor helped affirm Kathleen and Martin's decision to keep Laurel. Indeed, it is at moments like this that the doctors can play a decisive role in the adoption process by choosing what information to present and how to share it.

"You can consciously or unconsciously convey your impressions in a way that may push the parents to make a certain decision," explains Dr. Michael Silverstein, another CAWLI volunteer who is on the faculty of the Boston University School of Medicine. If he is too grim in his prognosis, he may encourage the parents to halt the adoption, which could mean the child is doomed to grow up in an orphanage. This past spring, Silverstein accompanied a group of parents to China that included Barbara and Brendan Mitchell of Edgewood, Kentucky, who were given a child whose head was larger than normal.

"On the one hand," Silverstein explains, "I could be very optimistic and say: 'The child is beautiful and smiling. I can't tell you why her head is so big - there are a few things that could cause it - but they are not that common, and she is developing normally, so congratulations, just clue your doctor in to this situation when you get back to the US.' Or I could say: 'Listen, she is beautiful and smiling, but her head is off the charts - I don't know what this means - and I can't tell you for certain that she doesn't have a serious neurological condition.'"

Barbara notes, "Sometimes he made us nervous because we were just talking about it so much." On other occasions, she confesses, "we didn't know if he was just saying nice things so we would take her home." In the end, the Mitchells were adamant about keeping their new daughter.

Weeks later, back home in Kentucky, they took her to the hospital for a CAT scan of her brain. "That day he [Silverstein] called us five times and left us all of these messages," Barbara recalls. "He wanted to know what had happened." As it turns out, the Mitchells' daughter - whose name is Madeline - was completely healthy.

"As a physician it was the best news that I ever received in my entire life," says Silverstein. "I feared, in the end, that I had described Madeline's situation in a way that, if I had been wrong, I would have dealt this family a card that they were not expecting."

Silverstein and his wife, who is also a doctor, are planning to adopt a child from China themselves and do not intend to serve as their own doctors.