Revolutions in the Arab world 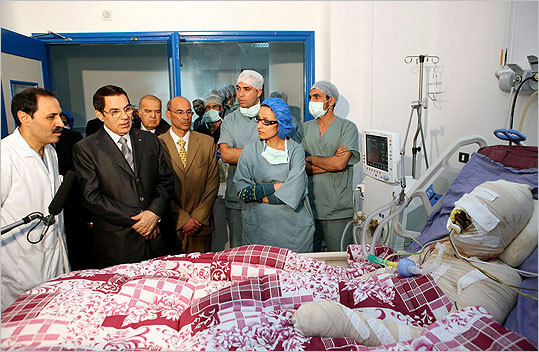 On Dec. 17, 2010, in an act of desperation, Mohamed Bouazizi, 26, set himself on fire after police confiscated the produce he sold without a permit to support his family. Bouazizi later died, sparking outrage and anti-government protests in communities across Tunisia. The unrest led to the ouster of President Zine El-Abidine Ben Ali, who fled the country.

The Big Picture: An uprising in Tunisia | Unrest in Tunisia