THE STATE OF BOSTON

On July 23, 1919, State Representative James H. Brennan of Charlestown marched over to the clerk's office in the Massachusetts House of Representatives and filed a bill to make Boston a separate state.

Brennan's beef was unjust taxation--specifically, the $600,000 the city was required to pay into the state's school fund, "of which not a cent's worth of benefit will be derived," according to Brennan. He didn't want Boston to go it alone--his plan included adding Chelsea, Revere, and the town of Winthrop to the 49th state, to be named the State of Boston.

The proposal created certain practical obstacles, like how Massachusetts was supposed to operate with its capital in a now-separate state. Brennan didn't have a chance to work through the details, though. His outrage regarding the Republican-led Legislature "loading us down with unjust taxation" didn't stir any groundswells of support. In fact, there is no record of anyone else in the Legislature endorsing Brennan's plan. 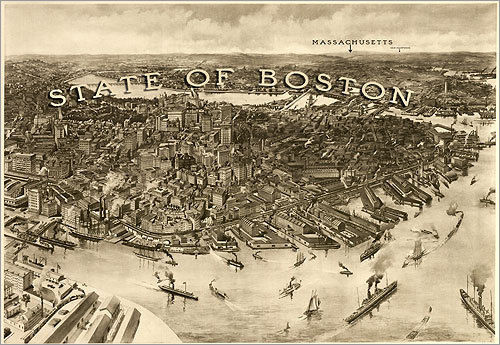