In recent years, interest in genealogy has become a globe-conquering phenomenon; now, with the rise of consumer genetics, we can expect them to become ever more detailed and far-reaching. In Ancestors and Relatives: Genealogy, Identity, and Community, Eviatar Zerubavel, a sociologist at Rutgers, pulls back the curtain on the genealogical obsession. Genealogies, he argues, aren't the straightforward, objective accounts of our ancestries we often presume them to be. Instead, they're heavily curated social constructions, and are as much about our values as they are about the facts of who gave birth to whom. 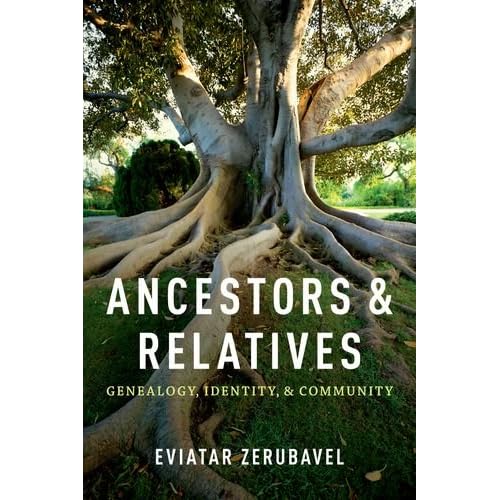 "No other animals have 'second cousins once removed,'" Zerubavel points out, "or are aware of having had great-great-great-grandparents"; only people have the more abstract sorts of relatives necessary for a real genealogy. In the meantime, as categories for relatives proliferate and family trees expand, we accrue large numbers of 'optional' relatives. We construct our genealogies by choosing, out of a nearly endless array of possibly important or interesting ancestors, the ones who matter to us.

Those choices are highly motivated, and often obviously artificial. Because we want to stretch our family lines far into the past, we often "cut and paste" different branches, claiming, for example, a great-great-grandmother's stepfather as one of our own ancestors, and following his line into the past. We "braid" ancestral identities together, emphasizing, as President Obama has, that we come from two distinct lines of descent ("a mother from Kansas and a father from Kenya"). Sometimes, though, the opposite impulses take hold. We might deliberately "lump" our diverse ancestries together, aiming to consolidate them, using a label like "Eurasian," to lower the contrast (as Tiger Woods does when he refers to himself as "Cablinasian" -- a combination of Caucasian, black, American Indian, and Asian). Or we might "clip" our family trees, obscuring their origins so as to preserve coherence and purity. That, Zerubavel writes, is what the Nazis did with Jewish genealogies: "Going only two generations back when formally defining Jewishness... helped the Nazis avoid realizing how many 'Aryan' Germans actually also had Jewish ancestors."

Underwriting all of this stretching, cutting, pasting, braiding, lumping, and clipping are a number of often bizarre or even downright irrational attitudes. Why, for example, do we care about very distant ancestors, when it's obvious that, the more distant an ancestor is, the less likely he or she is to share genetic material with us? Why does a family tree showing that your ancestors go back to the 1600s make you feel especially connected to that prior age, when it's obvious that all living people have ancestors from back then? Most people today reject the idea that you can inherit moral guilt or fault -- so why do we still tend to honor ancestral glamor and interestingness, by noting, say, that so-and-so's ancestors were on the Mayflower?

The point, Zerubavel writes, is that genealogies don't all follow the same rules. Depending on what you're trying to emphasize, you accept, reject, combine, or contrast individuals, families, and even whole ethnic identities. The most objective point of view, as Richard Dawkins has written, would probably hold that "all living creatures are cousins." But genealogies are partial, selective, subjective, and social. They are as much about the present as they are about the past.