What's It Like to Win the Bad Sex Award?

Every year the Literary Review, a small British literary magazine, bestows the Bad Sex Award upon a lucky novelist for writing terrible sex scenes. What's it like to win the award? According to this year's winner, Rowan Somerville, it's (unsurprisingly) "annoying" - "a hard pill to swallow." 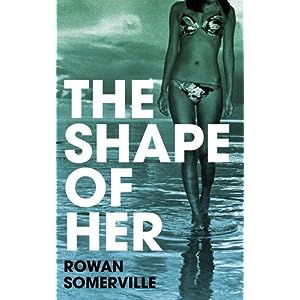 Somerville's quite well-reviewed novel, The Shape of Her, is in fact a very serious novel about a young couple on vacation in Greece who must face the sexual traumas in their pasts. As Somerville points out in a short essay in The Guardian, his novel was even praised for its treatment of sex.

Unfortunately for Somerville, the seriousness of his artistic aims couldn't stop Literary Review editor Alexander Waugh (grandson of Evelyn, son of Auberon) from "mawkishly reading out the sex bits" of his novel, "belting out a compilation of sex from the whole work with leering innuendo." (You can read some of the "sex bits" here.) Somerville feels the whole thing is "a travesty," but in the end can't bring himself to denounce the award after he's accepted it. He comports himself quite well, actually, telling the audience: "There's nothing more English than bad sex, so on behalf of a nation, I thank you."

The Bad Sex Award smarts, of course. It's not quite like its cousin, the Bulwer-Lytton Award for the worst sentence. Those sentences are just made up by the contestants; the Literary Review takes its sentences from real novels, written by serious novelists. "My novel has lots of sex in it," Somerville writes, "because it is about sex."

Ultimately, though, Somerville's sees the glass as half full. He feels bullied by the award jury (drawn, he notes, from "the upper classes") - but, at the same time, he admits that "this ridiculous award had put my novel in newspapers and websites across the world . . . . So, although it surprises me to say it, I am very grateful to them." It's what the French call a "succÃ©s de scandale."