Deirdre McCloskey is an outrageously prolific and always fascinating economist and writer. Her new book, Bourgeois Dignity: Why Economics Can't Explain the Modern World, is the second in a planned six-volume account of the way that bourgeois values laid the foundation for the industrial revolution and modern prosperity. You can get a good sense of her ideas in this quick-thinking, wide-ranging interview at National Review. 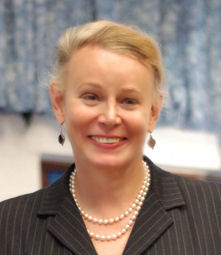 McCloskey's question is: What happened to make Europe so suddenly prosperous around 1800? Her basic thesis: scientific, political, and economic advances laid the groundwork for the transformation, but what really changed "was the attitude of the rest of the society toward businesspeople . . . . It was suddenly all right - most clearly in the most bourgeois country on earth, the U.S.A. - to get rich and to innovate."

People talked (and thought, and chose) differently. There was a different rhetoric around work and business. A new dignity was associated with money-making - and it was this new idea of bourgeois dignity that unleashed the nascent industrial revolution.

McCloskey's previous book, The Bourgeois Virtues: Ethics for an Age of Commerce, argued that that sense of dignity is well-deserved: modern commerce really does drawn upon and encourage virtues like honesty, courage, hard work, temperance, and charity. Without those virtues, McCloskey argues, you won't make it as a bourgeois businessperson; conversely, society needs to respect the bourgeoisie for its virtues to avoid conservative stagnation. You might not have known that bourgeois values needed a defense - Alan Ryan of The New York Review of Books writes that "the idea of providing an exuberant defense of bourgeois virtues seems on the face of it absurd" - but McCloskey argues that they're under-appreciated on all sides: by conservatives who are suspicious of innovators, by liberals who dislike the market, and by economists who don't know how to talk about virtues, values, and culture.

McCloskey is a Professor of Economics at the University of Illinois at Chicago. But she also teaches literary criticism, gender studies, rhetoric, and philosophy. As a general matter, she's interested in the roles that ideology and culture play in economic history. "The Big Economic Story of our own times," she says, isn't the financial crisis, but the fact that

the Chinese in 1978 and then the Indians in 1991 adopted liberal ideas in the economy, and came to attribute a dignity and a liberty to the bourgeoisie formerly denied. And then China and India exploded in economic growth . . . .

That's a story about culture, she says, which economists aren't particularly well-equipped to tell. As she puts it: "We need a humanomics, not more freakonomics."

McCloskey's arguments are so various that it's hard to pigeonhole her. She's part libertarian, part literary theorist, and part cultural historian: for proof of that variety, just click the "Surprise!" link on her website. (She was also born Donald McCloskey: she tells the story of her gender change, which she undertook at age 52, in her critically acclaimed book Crossing: A Memoir.) Bourgeois Dignity is only the latest chapter in what has to be one of the most interesting scholarly careers in America today.