The myth of closure 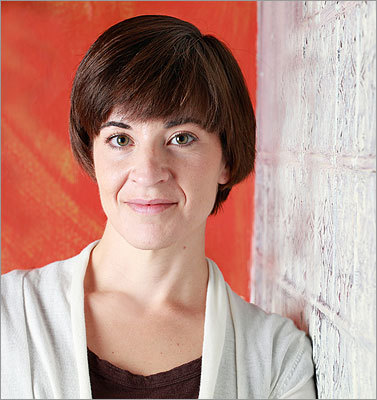 When people talk about overcoming tragedy and loss these days, it’s hard to avoid the word “closure.” Whether it’s the death of a loved one, a national catastrophe, or just an argument with a friend, closure is supposed to be what we need to heal and get on with our lives.

It’s easy to see the appeal of the idea that we can put a definitive end to our suffering or grief and start a new chapter of life without sorrow, guilt, or anger. The term originates in Gestalt psychology, but the popular notion of closure emerged through the victims’ rights, pop psychology, and self-help movements of recent decades. By the 1990s, the concept had become a cultural commonplace, and today is cited in industries from marketing to politics. In May, when President Obama visited the World Trade Center site after Osama bin Laden’s death, the White House press secretary explained the visit as “an effort to perhaps help New Yorkers and Americans everywhere to achieve a sense of closure.”

Such references make psychological closure seem like a fact of life. But according to a new book, closure is something else: a myth. Closure, says sociologist Nancy Berns, simply doesn’t exist. While grief can diminish over time, there is no clear process that brings it to an end - and no reason that achieving this finality should be our goal.

In “Closure: The Rush to End Grief and What It Costs Us,” Berns draws on scholarly publications and popular media to trace why closure became a staple of our discourse and how it affects us. In fact, while closure is widely considered possible, desirable, and important, she argues, it is not necessarily any of these things. Our reliance on the concept may even do us a disservice. Not only does closure mischaracterize how most people handle grief, but, she suggests, the pressure to achieve it might actually make loss more difficult.

Berns, an associate professor of sociology at Drake University, spoke to Ideas from Des Moines.

IDEAS: What do you mean when you say that closure doesn’t exist?

BERNS: The idea of closure [is seen] as a new emotional state for explaining what we need and how we’re supposed to respond to trauma and loss. But closure is a rhetorical concept, a made-up term . . . .Closure is not something that we can simply find or something we need. It’s a frame used to explain how we should respond to loss.

BERNS: People might believe it exists, and if the concept of closure helps them in sharing or thinking about their own story, that’s fine, that might help them. But a concern is that they try and turn around and tell other people “you need closure,” or when people assume that everyone understands closure the same way they do and that everyone experiences it the same way.

IDEAS: You wrote in your book that “Closure is not the only narrative in our culture for understanding how to respond to trauma, but it has become a dominant one.” How important and popular has closure become?

BERNS: It’s not the dominant narrative in research in bereavement, but it is in popular culture. Those who are working with people who are grieving tend to be less likely to use the concept . . . .[But] people are told they need closure whether we’re talking about bad relationships or terrorist attacks, so it’s a wide variety of issues. We also see closure become an essential part of sales talks, whether it’s in funeral, grief, or relationship advice industries, as well as a political argument for issues ranging from the death penalty to memorials . . . .Closure really has saturated our popular culture . . . because it’s an effective way to sell ideas and to sell politics and products. As a result, people have come to believe that they do need closure.

IDEAS: What products and services do people sell in the name of closure?

BERNS: Funeral home directors use the concept of closure to encourage people to use their services; forensic pathologists try and sell autopsies using the idea of closure; wrongful death attorneys use closure to sell the idea of suing others in order to get peace; psychics tell people they can get closure through their services . . . .They cannot guarantee anyone closure; they probably don’t know even what it means to other people. They’re exploiting the grief and the pain in order to sell these products.

IDEAS: The subtitle of your book is “The Rush to End Grief and What It Costs Us.” Ending grief is a good thing in most cases, isn’t it?

BERNS: The closure narrative assumes that grief is bad and that it’s something that needs to end, and it assumes that closure is possible and that it’s something good and something that people need to have. Grief is a difficult, messy experience and can be very painful. A lot of people carry loss and grief for much of their lives, but that doesn’t mean that the pain is as intense as it was the first few months. You carry that loss and grief, but you learn how to integrate that into your life . . . .We grieve for a reason. We grieve because we miss the person who died, or because of whatever loss we’re experiencing. Our grief expresses how we’re feeling and allows us to acknowledge that loss. So asking or expecting someone to try and end that quickly is really misunderstanding the importance of those emotions.

IDEAS: What are the implications of applying this undefined term to a national tragedy, like 9/11?

BERNS: The concept of closure distorts our understanding of what the grieving process is like, so to expect that some event - whether it’s a memorial or the death of bin Laden - is going to bring closure misrepresents the grief and loss that people are going to continue to feel. I think that we’re in a culture where we expect tidy, feel-good endings [in] our news and entertainment worlds, which are so blended together . . . people kind of expect that there’s going to be some kind of closure to an event and we can move on. Another thing to consider is how we might be losing other possible ways of framing what happened on 9/11.

IDEAS: I’ve been thinking of a quote from your book, from Dr. Frank Ochberg: “Closure is a myth but progress is not.”

BERNS: That’s exactly right. The concern is that people believe that they have to have this thing called closure to move on. And that’s just not true: People don’t need closure. That’s just one way to talk about grief. You don’t need it to begin healing and to find progress in learning how to live with a loss.

Christopher Dreher is a writer living in New York City. You can follow him on Twitter @cdreher.