Birth of the nerd

The mysterious origins of a familiar character 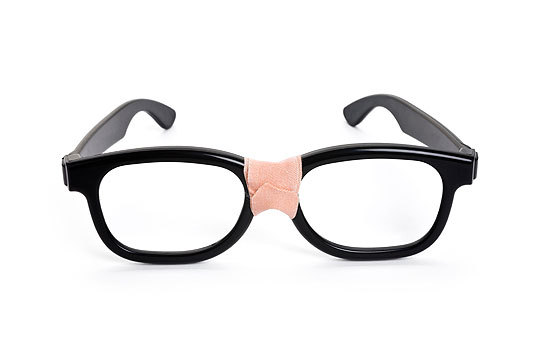 The English actor and comedian Simon Pegg has impeccable credentials as a nerd. He co-wrote and starred in “Shaun of the Dead,” which managed to fuse zombie horror with romantic comedy, and then followed it up with send-ups of the action genre (“Hot Fuzz”) and science fiction (“Paul”). He even played Scotty in the “Star Trek” reboot. With good reason, he calls his new memoir, “Nerd Do Well.” But when it comes to word-nerdery, Pegg would do well to check his facts.

In interviews about the book, Pegg has explained the title as a play on the etymology of nerd. Last month on the public radio show “The Sound of Young America,” he said, “It does come from the phrase ne’er-do-well - that’s where the word is derived from - it was just shortening of that, which then became ne’erd and then nerd, meaning someone on the fringe of society.”

However, Pegg’s seemingly authoritative claim lacks even a shred of historical evidence. It’s just one of many fanciful theories that have cropped up to explain the origin of nerd - and one of the least plausible. The shiftless ne’er-do-well is a far cry from the studious stereotype of the nerd. But Pegg’s folk etymology goes to show how even a perfectly familiar word like nerd can be wrapped in mystery, despite our best efforts to unearth its roots.

Though nerd has been a part of American slang for 50 years now, speculation about the word’s origin began brewing in the 1980s. (The 1984 film “Revenge of the Nerds” had put nerds on the map, albeit in highly cartoonish fashion, and presaged the rise of “nerd pride.”) In a 1987 column in PC Magazine, John C. Dvorak gathered together a number of proposed etymologies of nerd, including the ne’er-do-well shortening, and shot them down one by one as mere conjecture.

Several of Dvorak’s readers figured nerd had something to do with Mortimer Snerd, the dummy used by ventriloquist Edgar Bergen beginning in the late 1930s. More creatively, others theorized that it was first spelled knurd, which is drunk spelled backwards. One graduate of Rennselaer Polytechnic Institute reasoned that a knurd “studied all the time, got all A’s, and never took part in parties or activities. He was always sober, hence the inverse of drunk.”

Nerd has also been explained as a variation on nert, surfer slang for a nut. (The frustrated interjection nerts!, from the early ’30s, is a similar play on nuts.) Another theory has it originally spelled as nurd, suggesting a combination of nut and turd. And then there are the acronyms, always a popular source of faux etymology – for example, “Neurotic Engineers in R&D.”

Dvorak dismissed all of these pet theories in favor of one with some evidence behind it. In 1950, Dr. Seuss published “If I Ran the Zoo,” which includes a menagerie of fantastic creatures, including “a Nerkle, a Nerd and a Seersucker, too!” (A slightly different version ran in Redbook that same year.)

I find the Seuss explanation somewhat credible, though it has some problems. Why would the original users of nerd pick up on that particular word, as opposed to any other Seussian nonsense (like, say, Nerkle)? Both the Redbook version and the book included illustrations of the Nerd, but neither portrayal looks like a bookish, dweeby type. And how would it get into circulation, exactly? Did kids raised on Seuss grow up to be adolescents with the nerd putdown in their arsenal?

In fact, nerd entered teen slang more quickly than that. The earliest known example comes from an Oct. 8, 1951, Newsweek article rounding up teenager talk from around the country. “In Detroit,” according to the article, “someone who once would be called a drip or a square is now, regrettably, a nerd, or in a less severe case, a scurve.” Over the next few years, the Newsweek slang - nerd included - got rehashed in other magazines, like Reader’s Digest and Collier’s. By 1954, nerd had spread to Denver, according to an Associated Press article. William Morris entered the word in his “Real Gone Lexicon” that same year, defining it as “a square, one who is not up with the times.”

If Seuss is the source, could nerd have made the rounds so soon after his book was published? Jim Burrows, a high-tech consultant from Maynard, Mass., who maintains an exhaustive website on the word nerd, acknowledges that “the timeline is really short.” He still finds it the most likely explanation, though his “emotional favorite” is another acronym. Northern Electric (now Nortel) was the name of a telecommunications company based in Ontario, and technicians in their Research and Development Laboratories supposedly wore pocket protectors printed with “N.E.R.D. Labs.” It’s an enticing theory, but Burrows admits that there is “zero evidence” for it - company histories say the R&D lab wasn’t even founded until the late ’50s.

Perhaps all of this etymologizing is beside the point. Arnold Zwicky, a linguist at Stanford University, says that whimsical words like nerd “don’t necessarily have a historical source of the ordinary sort,” but instead may be inventions drawing on “distant echoes of an assortment of existing words.” A little Mortimer Snerd here, a little nerts! there, maybe even a soupçon of Seuss, and voilà! A nerd is born.