Which came first, money or debt? 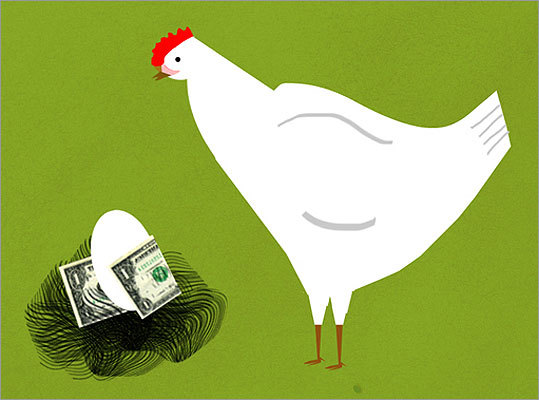 THE WORD ITSELF is one we find chilling: debt. On a personal level, the burden of debt can hang over our lives and choke off our options; at the national level, worry about the ballooning US debt has threatened to paralyze both Washington and the economy as a whole.

Debt may seem a cruel invention, a tool that encourages people and nations to live far beyond their means instead of carefully husbanding their money. Quite the contrary, finds anthropologist David Graeber; it you look back far enough, you find that societies have been dealing with debt for longer than they have been using money, and that debt has been essential in governing economic life for five millennia. The modern problem with debt, he argues, lies in how we’ve come to think of it.

Graeber, who teaches at the University of London, is an academic with a keen interest in the cultural roots of debt, and also an unapologetic critic of modern capitalism’s approach to money. His new book, “Debt: The First 5,000 Years” (Melville House Publishing), is a scholarly and readable history of debt that also wrestles with the changing moral status of debt over the centuries. Modern history, in his framework, is in part the story of commercial values coming to trump human and political ones, and his ambition in writing this sort of book is to make people think differently about debt and social relationships - to question why we feel so powerfully compelled to “honor” our debts, and whether having debt, or even skipping out on it, is as morally suspect as we’ve made it out to be.

In the most remote recorded times, he argues, it was debt, rather than money, that made society hum. The majority of cuneiform documents we have from ancient Mesopotamia relate to financial matters, and they show that by about 3500 BC the Sumerians had a uniform system of accountancy, the silver shekel. However, Graeber asserts, this denomination was less money in our modern sense (it hardly circulated) than a way for accountants to keep track of who owed what to whom. Debt, in other words, was the basic currency that got business done. Money of the portable kind emerged later, primarily in times and areas of conflict, when grab-and-go was a priority. As civilization advanced and spread, systems where debt was central and instrumental to economic activity emerged in the Islamic world, India, China, and throughout the Mediterranean.

Graeber also outlines the important role that debt forgiveness has played, historically, in curbing runaway debt and out-of-control usury. Harsh penalties for debts tend to hurt the lowest strata of society, and in ancient times, could end in enslavement or worse - taking a very dynamic element of the economy out of the equation. So rulers in a number of places, until about the Enlightenment, often established safeguarding systems that protected debtors rather than lenders.

Politically Graeber considers himself an anarchist, and is quite outspoken in his own support of the idea of debt forgiveness for developing countries. Graeber spoke to Ideas by phone from New York City, where he is spending time while working through a yearlong fellowship with the British Academy.

IDEAS: You’ve done academic research on debt and valuation before, but the history of debt is a sprawling project. Why tackle it?

GRAEBER: It was really much to do with my political involvement, a lot of which revolved around debt. But once you’re onto it, you start noticing it everywhere. Almost all political issues turn on debt, and debt has this incredible power. That’s why I started the book with an anecdote where a liberal do-gooder lawyer actually thinks that paying debts is a fundamental moral obligation. The notion of, “Well, we have to pay our debts,” seems to be such a powerful argument that it’s the trump card of anyone trying to do any type of political demagoguery.

IDEAS: A lot of people think of barter, rather than debt, as the earliest kind of economy. But you write that pure barter economies never existed?

GRAEBER: As an anthropologist, it’s kind of a professional pet peeve. We’ve been looking for this mythical land of barter for the last 200 years, so we would have found it by now . . . .The spot trade, where it’s in the moment and you never see each other again, this is the opposite of any kind of exchange in primitive economies. In order to create the idea that life is just a series of exchanges we can all walk away from - a very antisocial notion of what people are about - you have to eradicate all obligations that people have to each other.

IDEAS: In the book you identify a move from human economies, those about human relationships, to commercial economy, where anything can be quantified. How does that happen?

GRAEBER: On some level all economies are human economies, because what you’re trying to do is keep people alive so they can do the things that are important to them. What I meant was more specific, that people use money to maintain relationships. So among the Lele people in Africa every time you visit your uncle you give him a little money. It’s way of saying, “Hi, I like you.” It’s also a sign of its own inadequacy; it’s recognized it could never be commensurate with human emotion or life. Or say you kill someone’s brother: well, you give him 12 cows, but you couldn’t suggest that these 12 cows are actually of the same value. That would just make people more angry. But the substitution is where commercial economy develops, where it is actually worth what you pay.

IDEAS: And this can eventually include human life? Slavery is something you discuss a lot in the book.

GRAEBER: So you killed somebody’s brother; they are going to want to an exact sum and not a penny less or this is war. That violent feeling starts you on the road to quantifying everything. But with slavery is where it flips. When you take people out of familial bonds, when they are totally loosened from society, you get to a point where they are totally quantifiable.

IDEAS: You split history into periods that favored either credit or bullion economies. How do these two types of economy affect how we treat debt?

GRAEBER: Credit money is the original form, and then you have this 1,000-year period where coins come mainly out of the building of empires and to pay soldiers, and then when the empires go, the coins do too. In the Middle Ages you go back to credit systems, very sophisticated in some times and places. Then we have another time of bullion money, since the 16th or 17th century, and that’s what’s going away now . . . .During those periods with gold or silver, debts tend to seem more like sacred obligations, and in the transition to credit there’s two problems. Both are happening right now. One thing is, how do you stop people just speculating ridiculously, and that’s why we have these huge bubbles. And the other thing is how do you make sure that the 1 or 2 percent of the population that has resources doesn’t end up enslaving the rest because of debt traps, which anyone will admit are vicious circles.

IDEAS: Have we learned anything from the various debt crises and default scares of the past few years?

GRAEBER: I think 2008 was a fundamental break. What we learned was that the line they were feeding us turns out not to have been true; that markets take care of themselves and that these are really, really smart people and they know what they’re doing so just shut up. The other thing we learned is that you have to pay your debts, except when you’re “too big to fail.” Apparently Argentina, the entire country, was not too big to fail by that reckoning, but is. That’s why people are so angry and cynical.