Looking back at a 14-year tour through the language

It was August 1997, just 14 years ago, when the Globe launched The Word; hardly ancient times, yet some of the early columns read like bulletins from another era. John F. Kennedy Jr. scandalized the nation by publicly criticizing his cousins in print, and scandalized The Word by mangling a Bible quotation in the process. A sexual harassment lawsuit revived discussion of a “Seinfeld” episode, first aired in 1993, that hinged on rhyming “clitoris” with “Dolores” (a distinctly minority pronunciation then, though maybe not now). Princess Diana died in a car crash, and we all learned to treat paparazzi as a plural.

Other columns treated issues that remain as irksome as ever: The problematic status of “no problem,” the verbing of nouns (“medaling”), the inclusion of women in “you guys,” the excess of apostrophes in “pumpkin’s” and “cuke’s.”

I’ve been reviewing the archives because I decided, as this anniversary approached, that after 600-plus language columns I was ready to step off the print treadmill. The Word column will continue in these pages, written by my current coauthor, Erin McKean, and others; I’ll stay on the language beat, on a less structured schedule, at my blog, Throw Grammar from the Train.

And that easy shift from print to blog highlights the most dramatic difference between language journalism of 14 years ago and the enterprise today: Even if the questions haven’t changed, the resources available to help answer them have expanded vastly. For word sleuths and other researchers, 1997 was still the old days, a time when newspapers were just getting connected to the Internet. Staff members could search the Globe archives and occasionally the Nexis news database (I think it was charging by the minute back then). had been named but not launched; the Oxford English Dictionary was available on disk, but wasn’t yet online; today’s huge English corpora - collections of searchable text - were nowhere to be found.

How did language writers know anything? There were plenty of books to consult, including the indispensable Merriam-Webster Dictionary of English Usage; there were dictionaries, including the OED. But most of the time, the usage mavens - many of us journalists, schooled in the faith of our copy-desk forebears - were just passing on the conventional wisdom. If we could put an entertaining spin on the farther/further distinction, or illustrate a dangling modifier more amusingly than the last guy, our job was done.

Ten years later, the research landscape looked very different. When President George W. Bush butchered the same maxim in his 2007 State of the Union address, Mark Liberman, a linguist at the University of Pennsylvania, decided to look into its history. Thanks to the wealth of sources online, he quickly learned that the “to whom much is given” sentiment had been a catchphrase for three generations of Kennedys. But he found earlier ungrammatical versions as well, dating back to 1826. The syntax of the original, as he and his fellow bloggers explained at Language Log, is just too weird for some people - not just sententious politicians but well-meaning clergymen, too.

Or consider how often we claim that a newly voguish word is killing off a traditional alternative. When a reader complained in the ’90s that cutesy crispy was overtaking good old crisp, I (a former food editor) warmly seconded her objection. Nowadays, though, we can calm our fears with Google’s Ngram Viewer, whose handy graphs reveal the truth: Yes, crispy has gained a bit of ground, but it remains far less common, at least in books, than crisp.

The Internet also allows everyone to talk back, instantly and publicly, to the usage mavens. The New York Times’s style editor, Philip Corbett, told his blog readers last year that only a disease can be “diagnosed” - you can’t say “I was diagnosed with strep.” An M.D. promptly responded in the comments, advising Corbett to forget the outdated shibboleth. (And I can add, thanks to Google Books, that we’ve been diagnosing people as well as diseases for more than a century.)

I don’t expect these innovations to put an end to peeving; we all have our language preferences, justified or not. (And where would I have been, these past years, without my readers’ queries and complaints?) But already, we’re using online communications to help beat back some of the old usage myths. If different myths arise in their place, well, at least we’ll have something new to talk about.

And that’s the best part, I’ve discovered, of digging deeper into usage. Whether your source is old books (available online!) or new blogs, it’s far more fun to learn how the language actually works than to revisit the same dreary complaints, year after year, long after popular usage has moved on. There’s probably no hope of teaching the world to conjugate lay and lie, but we can have a wonderful time - I promise - finding out why it’s impossible.

Jan Freeman’s e-mail address is mailtheword@gmail.com. She blogs about language at throw Grammar from the Train (throwgrammarfromthetrain.blogspot.com). 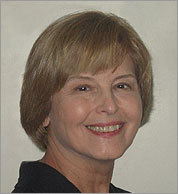